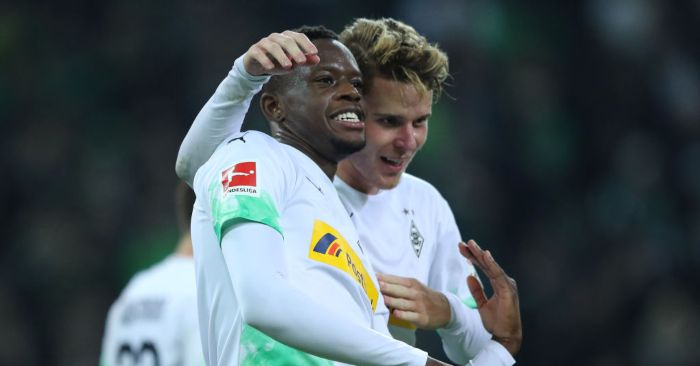 SCOUTING FOR GOALS
The prospect of an elite European club sending a scout specifically to watch last season’s Champions League finalists is amusing. There is an obvious benefit to watching players first-hand, thus noticing certain things that a TV audience might not be afforded the chance to see. But are we really supposed to believe that Juventus sent someone to Anfield to take a look at Mohamed Salah or Christian Eriksen?

That is the claim on Wednesday, as Tuttosport inform us of The Old Lady’s ‘inexhaustible drive to improve, to always look ahead’. Juve are ‘always ahead of the game’, so are already considering their next transfer targets.

Eriksen is chief among them – although it’s certainly bad news for him if there was a scout in attendance. Juve have a particular eye for players with expiring contracts, and even Tuttosport admit that links with the midfielder are ‘nothing new’.

The curious thing is that the headline mentions Heung-min Son and the standfirst names Salah as two other players Juve were keeping tabs on. Seems bizarre to then not discuss them whatsoever in the story body, but each to their own.

DENIS THE MENACE
Sky Germany bring us news of a player ‘in great demand’. Denis Zakaria has interested ‘numerous top clubs’, as well as Manchester United.

Arsenal want the Gladbach star, while Liverpool ‘appear to have been keeping an eye out for the midfielder for some time now’.

Borussia Dortmund also targeted him a number of times over the past two years to no avail, having an offer of about £26m rejected. The Bundesliga food chain dictates that Bayern Munich consider him ‘the perfect reinforcement’.

Zakaria, 22, has three years left on his contract and an imminent departure is ‘very likely’. It is said that the winning bidder will ‘probably’ put forward about £43m.

Instead, The Sun say the ‘towering’ Ibrahima of Strasbourg is wanted on Tyneside. The Magpies are ‘ready’ to bring him in this winter for £13m to aid Steve Bruce.

Sissoko ‘will jump at the move’ as soon as formalities such as an actual transfer fee are finalised. But ‘his extra physical strength in midfield,’ as well as the fact he is 22 and could be sold on for loads if and when he gets good, has received ‘approval’ from the boardroom.

The Sun also corroborate claims that Newcastle could re-sign Papiss Cisse from Alanyaspor for £3m. What on earth is happening?

AND THE REST
Manchester United have almost completed a deal to sign Juventus and Croatia striker Mario Mandzukic, 33, in January… Lyon have made contact with Oliver Giroud’s agent over a potential January move for the Chelsea and France 33-year-old striker… Everton have scouted Czech Republic and Spartak Moscow midfielder Alex Kral, 21… Leicester and Watford are among the clubs tracking Ronald Sobowale – the cousin of Bayern Munich and Austria star David Alaba. Sobowale, 22, plays for eighth-tier Bostick League South East side Whyteleafe and has also had a trial with Middlesbrough.