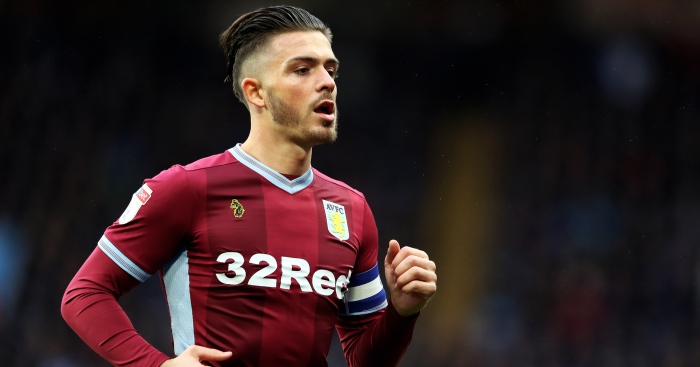 ARSENAL SHOPPING CHEAP
And the first place to look if you are shopping cheap is obviously France, with Le 10 Sport claiming that Arsenal have made a ‘serious approach’ for Guingamp winger Marcus ‘son of’ Thuram, who has been incredibly good this season despite Guingamp being largely sh*te. No price is mentioned in the report, but the word ‘affordable’ is used, which is slap bang in the middle of the Gunners’ price range this summer.

Thuram is a left winger who has scored seven Ligue Un goals this season, which has also piqued the interest of Borussia Dortmund.

Elsewhere, Arsenal are being linked with Charlton midfielder Joe Aribo, who would be available for a ‘small compensation fee’ this summer as he is out of contract with the Addicks. Now you are talking the Gunners’ financial language.

GREALISH AGAIN?
Tottenham are expected to return for Aston Villa midfielder Jack Grealish this summer, with the Daily Mirror claiming that they are ‘set to try their luck again for Grealish in the close season’ after failing last summer with a £25m move for a player who really is ready for a place among the elite of English football.

But this time they will have competition, with both West Ham and Bournemouth fancying their chances of luring Grealish into Premier League mid-table.

ANDERSEN IN DEMAND?
We shall at this juncture simply copy and paste from Calciomercato about Danish centre-half Joachim Andersen, currently at Sampdoria:

‘The Danish power plant has an endless market: it likes a lot in the Premier (Tottenham, Arsenal and United), has admirers in the Bundesliga and also tickles several Italian clubs. Inter and Juventus want it, Milan have moved recently. Some time ago there was also a timid approach of Rome. Starting price: from 30 to 35 million, to rise.’

AND THE REST
Norwich City defender Ben Godfrey is a target for Manchester United…Everton and Newcastle are among the Premier League clubs looking at Olympiakos left-back Leonardo Koutris…Arsenal scouts watched Cagliari midfielder Nicolo Barella this weekend.