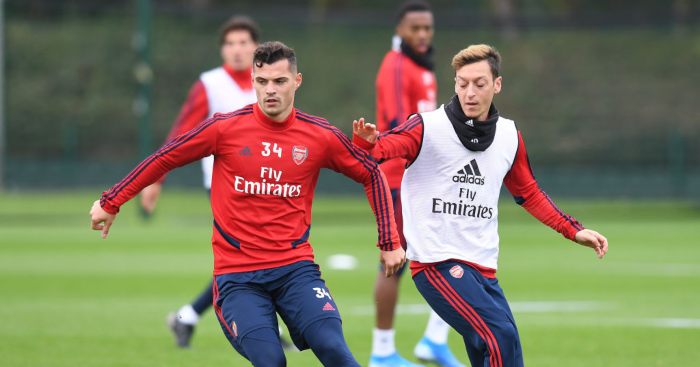 XHAKA CAN THRIVE IN GERMANY
Arsenal are clearly going to have to swallow a loss but it seems that former captain Granit Xhaka is a target for Jurgen Klinsmann at Hertha Berlin. Less than four years after joining in a £35m move, the Swiss international could leave either on loan or for a reduced fee. Will new boss Mikel Arteta sanction that exit?

Klinsmann is – according to the Telegraph at least – desperate for a defensive midfielder and one of his other targets is unwanted Kenyan Victor Wanyama, who is currently outside the plans of Jose Mourinho at Tottenham.

AKE BACK TO CHELSEA?
It’s the definition of a no-brainer and Bleacher Report now claim that the move is getting closer, with Chelsea ready to exercise their £40m buy-back option on Bournemouth defender Nathan Ake this January. They need centre-halves, he should be playing for a bigger club and that price is a steal.

Manchester City are also said to be interested in Ake, but the price for them would be more like an eye-watering £70m so they will look elsewhere for defensive reinforcements.

Anyway, the Mail obviously stress that City are largely looking to make defensive reinforcements, though Guardiola has distanced himself from a possible move for Jonny Evans. One big question is whether he will replace David Silva – bound for Inter Miami – from outside the club or just promote Phil Foden.

AND THE REST
Mario Mandzukic is in Qatar for talks about a move to the Middle East…Jose Mourinho wants Christian Eriksen and Jan Vertonghen to follow Toby Alderweireld in committing to Tottenham…Burnley could move for Conor Gallagher in January after he impressed on loan from Chelsea at Charlton…Emre Can could join PSG in a swap deal featuring Leandro Paredes.