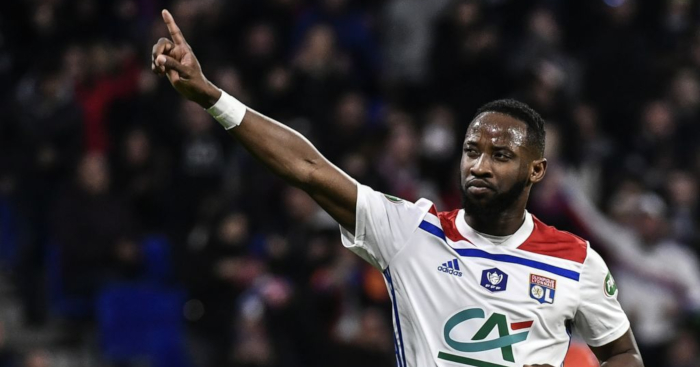 THERE’S A MOUSSA LOOSE ABOOT THIS HOOSE
The undoubted Dembele of the week would have to be Lyon’s Moussa, who could be considering his options this summer. Manchester United and Arsenal might well be interested.

But John Cross is John Cross, so while this leads off United, it is actually an Arsenal story. The Gunners are ‘also keeping a close eye’ on a player they tried to sign before he joined Lyon last summer. Ryan Fraser is Unai Emery’s first choice, but Dembele is ‘another option’.

Arsenal’s budget issues are well-documented, certainly in comparison to what United will be able to offer. And with Romelu Lukaku facing an ‘uncertain’ future, Dembele could be the ideal replacement.

Brendan Rodgers will be delighted.

PEPE TALK
Arsenal and United will also duke it out (great phrase) for Lille winger Nicolas Pepe. Club president Gerard Lopez confirmed at the weekend that “it is sure he will leave” this summer as “all clubs are forced to balance their accounts except perhaps one”.

That “one” would be PSG, who Lille thrashed 5-1 on Sunday to stall their Ligue Un title win. Pepe scored his 20th goal of the season to go alongside his 12 assists. That has quite inevitably caught the eye of a number of Premier League teams, as well as Bayern Munich and PSG.

With Lopez confirming that “the departure of Nicolas Pepe is certain,” the race is on. The Lille president said in December that they would want at least £72m for him, so there you go.

MINTO FRESH
As far as transfer insiders go, Scott Minto might be our favourite of all time. It’s like Vegard Heggem offering information on Liverpool’s latest targets, or Goran Bunjevcevic and Oyvind Leonhardsen teasing a huge Tottenham announcement. It really is quite wonderful.

Minto is here with some fresh speculation on the future of Declan Rice. The last we heard United were contemplating selling Nemanja Matic if they managed to tempt the West Ham midfielder to Old Trafford, with Rice expected to cost upwards of £50m.

But they will apparently face some competition. As Minto told YouTube channel Stadium Astro this weekend: “I’m hearing that even Real Madrid are knocking on the door and speaking to his family. That’s what I’m hearing.”

Asked how he had come across this information, the former defender replied: “I’m not going to say. But it’s a reliable source.”

AND THE REST
Manchester United will have to pay £95m to sign Tottenham midfielder Christian Eriksen, although the 27-year-old Denmark international reportedly wants to join Real Madrid… Inter Milan have opened preliminary talks about signing Eriksen, whose contract expires in 2020, from Spurs for £130m…. Argentina striker Mauro Icardi is set to leave Inter this summer. The 26-year-old could make a £52m move to Real Madrid… Chelsea will compete with Real Madrid for Borussia Dortmund’s 19-year-old Swedish striker Alexander Isak… Real Madrid manager Zinedine Zidane says the club could sell valuable players during the summer. The Frenchman wants to make big changes to his squad after a disappointing La Liga season… However, Zidane has dismissed suggestions he will sell French striker Karim Benzema, 31… Bayern Munich are interested in Roma’s 19-year-old Italy midfielder Nicolo Zaniolo.