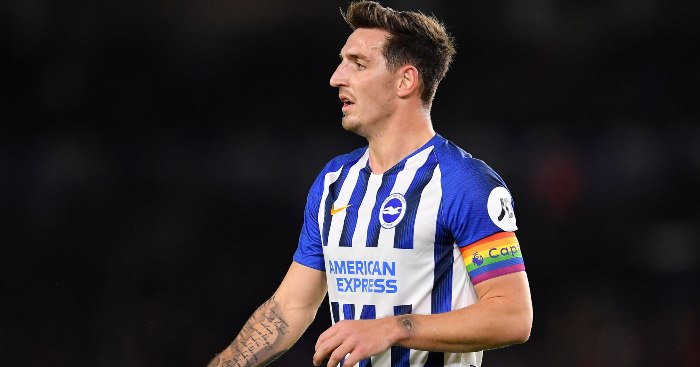 CHELSEA TO SWOOP FOR SEAGULL?
Having received a transfer ban reprieve, Chelsea were expected to be the biggest spenders this month. But as we approach the halfway point in the window, the Blues are yet to make any moves.

Chelsea have mainly been linked with attacking players but Monday morning brings reports of interest in a Premier League centre-back. The Times says they have asked Brighton about the availability of Lewis Dunk and the Seagulls are open to a deal. But only on their terms…

Dunk has been in fine form again this season but Brighton would not stand in his way of a big move should their £50million valuation be met. Nathan Ake remains an option too, with the Blues retaining a buy-back option on the Bournemouth centre-back but that is set to expire at the end of the month.

ARSENAL FACE BOATENG BATTLE
Arsenal are even more desperate for centre-backs. They have been linked with Jerome Boateng and Mikel Arteta remains interested in a £12.5million deal for the Bayern Munich defender. But they’ve got competition.

Sky Sports claims AC Milan are sniffing around the 31-year-old, while the Rossoneri are also keen to bring in Sevilla’s Simon Kjaer.

According to Le10 Sport, Christian Kabasele is attracting attention from Arsenal, Manchester United, Newcastle and West Ham this month.

The 28-year-old capped twice by Belgium is said to be close to agreeing a new contract with the Hornets and it may well be that his agents are trying to nudge a deal over the line by bringing the likes of Arsenal and United into it.

FERNANDES LATEST
The weekend saw Manchester United’s interest in Bruno Fernandes ratcheted up several notches and it was reported that a £65million offer would be incoming after Sporting Lisbon rejected Ed Woodward’s lowball opener and another bid involving two players in part-exchange.

Another report this morning suggests United have boxed off the player’s side of the deal. Fernandes is said to have agreed a five-year contract worth around £100,000 a week. Now all that remains is for Woodward to satisfy Sporting.

AND THE REST
Christian Eriksen has agreed a four-and-a-half year deal with Inter Milan… Barcelona have made contact with Mauricio Pochettino about taking over from Ernesto Valverde… Shkodran Mustafi’s agent will hold talks with Galatasaray… Crystal Palace and Lazio have joined Inter in the race to sign Ashley Young from Manchester United… Leicester will allow George Thomas to join ADO Den Haag on loan… Tromso teenager Bryan Fiabema is set to be Chelsea’s first signing of the window… Aston Villa and Norwich are battling Bristol City to take Arsenal striker Eddie Nketiah on loan…. Newcastle are looking at Strasbourg midfielder Ibrihima Sissoko, Spartak’s Alex Kral and Thiago Maia of Lille.