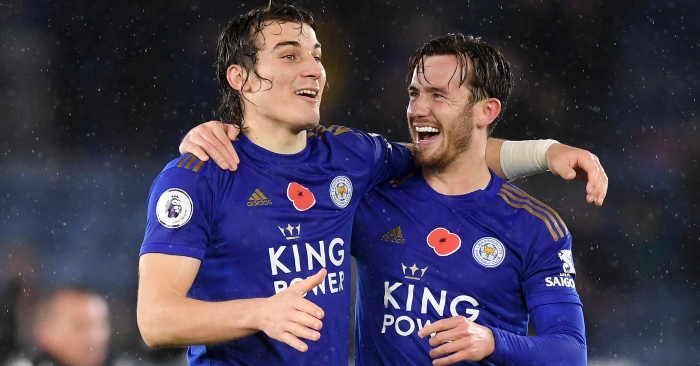 The Leicester defender has been a revelation since slipping seamlessly into Brendan Rodgers’ back four following the sale of Harry Maguire to Manchester United. So much so that Manchester City have already been credited with an interest in the Turkey centre-back. Indeed, Sky Sports says that City would be happy with either Soyuncu or his centre-back partner Jonny Evans.

But ESPN has repeated a claim in Turkey from Star which suggests Arsenal are eyeing a January move for Soyuncu. The Gunners were close to signing the 23-year-old from Freiburg a couple of years ago but the Foxes pounced first. The story goes that Arsenal will watch Soyuncu in action for Turkey against  Andorra on Sunday. What they might observe there that they didn’t see for themselves at the King Power Stadium is unclear…

GUNNERS LOANEE WON’T GO BACK TO REAL
Arsenal might have an easier time convincing Dani Ceballos to sign for them since he has already played 17 games for the Gunners. Actually…

The one thing the Spain midfielder is apparently clear on is that he won’t return to Real Madrid while Zinedine Zidane remains the gaffer. Initially, Ceballas didn’t want an option to buy included in his loan move last summer but with Zidane looking more likely to still be around next summer, AS says the 23-year-old would prefer to stay away, while El Desmarque claims that Florentino Perez has been asked to discuss a permanent deal in January.

La Republicca reckons United are still interested in Fiorentina stopper Nikola Milenkovic who has rumoured to have been a target since Jose Mourinho’s reign.

If the Red Devils are serious. Ed Woodward will have to get his head around paying at least £35million. That was seemingly the price 18 months ago and it certainly hasn’t come down since then.

Of course, since the day ends in a ‘Y’, United are also linked with Jadon Sancho and Erling Haaland. In future, perhaps it’ll save time for us all if we just let you know when they’re not.

AND THE REST
Roma could give Everton their money back for Moise Kean… Juventus are keen on Ruben Neves… Real Madrid are tracking Callum Hudson-Odoi… Leroy Sane’s Man City team-mates are increasingly convinced the crocked winger will join Bayern Munich.