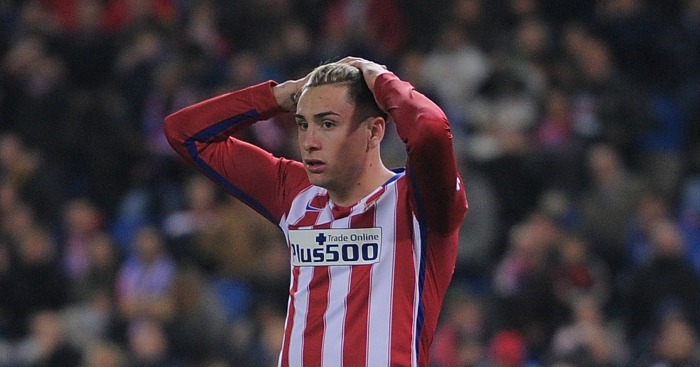 MAN CITY TO BID FOR FABREGAS
Well this would be more than a little weird. The Sun claim that Manchester City will offer Chelsea £20m to take Cesc Fabregas off their hands, with the midfielder seemingly unwanted at Stamford Bridge.

The Sun claim that City will not only offer to increase Fabregas’ £160,000-a-week wages – which would be utterly mental – but also offer the Spaniard a deal at New York City when he is ready to wind down his career.

The evidence for the move seems to be that Pep Guardiola bought Fabregas from Arsenal, but that was a very different player to this one. We’d be surprised.

MAN UNITED VS ARSENAL FOR £40M GIMENEZ
Oooh, news of a transfer battle now. The Sunday People reckon that Arsenal and Manchester United will go against each other for the services of Atletico Madrid central defender Jose Gimenez.

Gimenez is only 21, but is already purported to be worth around £40m. It’s worth pointing out that he’s often been left out of the Atletico side in favour of former Manchester City hall-of-famer Stefan Savic.

The People say that Gimenez is likely to leave Atleti next summer if Diego Simeone does, with both United and Arsenal keen. Will Arsenal really spend £40m on another central defender? No, no they won’t.

They also say that Gimenez has sparked Manchester United’s attention on their recent scouting missions to see Antoine Griezmann, but Gimenez has only played 136 minutes this season in all competitions.

ANOTHER MASSIVE OFFER FOR ROONEY
Another weekend, another massive exclusive about Wayne Rooney’s future. They all seem to link him with a move to China for absolutely all of the money.

In the Daily Mirror, Neil Moxley claims that Shanghai SIPG want to sign Rooney on a contract worth £500,000 per week. Shanghai are managed by Sven-Goran Eriksson, so are presumably comfortable with throwing huge sums of money at things that peaked in the last decade.

In truth, this feels like PR work on behalf of Eriksson. Can you see Rooney bothering to try and adapt to life in China when he doesn’t need the money?

AND THE REST
Dominic Solanke is on the verge of signing a new contract at Chelsea after lowering his wage demands… Everton’s James McCarthy will be a target for a host of clubs in the January transfer window after failing to impress boss Ronald Koeman… Manchester United are set to recall Cameron Borthwick-Jackson after lack of game-time on loan at Wolves… Chelsea starlet Nathaniel Chalobah is to be offered a new deal after impressing Antonio Conte.