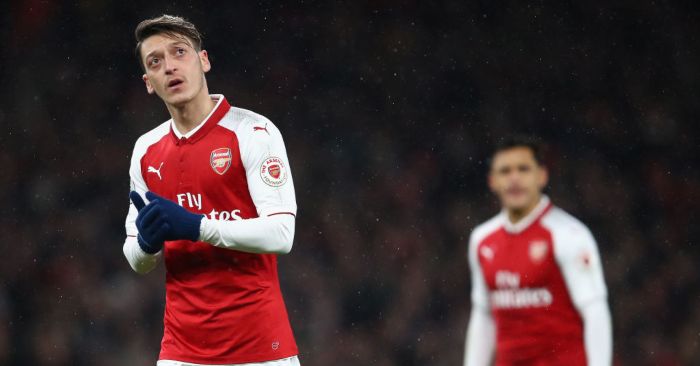 WAGE WAR
It’s that time of year again, when Mesut Ozil is said to be available for a loan move and Arsenal are reported to be willing to ‘subsidise his wages’. How fun.

The 30-year-old, who surely received a vote for the captaincy from Shkodran Mustafi at least, has been rested for half as many games (1) as he has started this season (2), being substituted after 71 minutes in both and last completing 90 in the penultimate game of 2018/19.

So the Daily Mirror are justified in describing him as ‘a bit-part player’ under Unai Emery, one Arsenal would rather loan out and still pay instead of letting him ‘just sit on the bench or make the odd appearance’.

Ozil ‘does not want to leave’ and Fenerbahce were ‘the only club to show any real interest’ in the summer, while ‘his lack of form’ and ‘advancing years’ are ‘unlikely to persuade potential buyers to make a move’.

Subsiding his wages might well be the only way to offload him, even temporarily. Hell, they wouldn’t be the first Premier League club to loan out their highest earner while still paying him.

Goal.com reiterate the possibility of a move for Juventus forward Mario Manduzkic, which does seem likely. He would be the ultimate short-term solution at 33, but is yet to feature under Maurizio Sarri and, according to Goal.com, would cost less than £10m.

They say United are ‘considering’ the move – having also reported that Christian Eriksen is a January target – with Mandzukic so open to the move that he rejected lucrative overtures from Qatari club Al-Rayyan.

Manduzkic ‘would not expect to take a reduction on’ an annual salary of £4.5m, which works out at around £86,000 a week. And he ‘would not anticipate starting every game for United,’ instead playing ‘a squad role’. Makes sense.

CHONG SONG
It would be rather curious of United to solve their attacking shortcomings and need for reinforcements by signing someone then loaning another out.

Yet The Sun are here to mention that as a possibility. Tahith Chong has apparently attracted interest from PSV, and Ole Gunnar Solskjaer ‘is weighing up whether a loan move would be best right now’. Theirs is one of ‘a number of inquiries from abroad’ for the 19-year-old.

It does make sense. Chong is not on the same level of Mason Greenwood in terms of development or opportunities, starting two games – and being substituted just after the hour in those narrow Europa League and League Cup wins – with 20 minutes to show for his Premier League efforts.

The club’s reigning Reserve Player of the Year has never actually been loaned out, spending his time in the youth system and, now, on the periphery of the first team. A temporary spell in the Eredivisie would probably serve a player who turns 20 in December rather well, provided they can get guarantees over his opportunities.