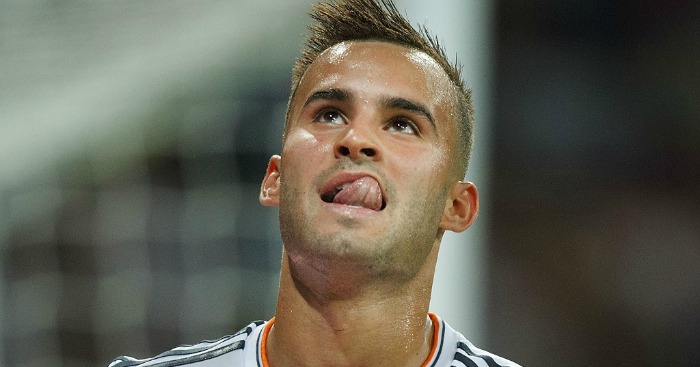 ARSENAL AND SPURS WANT BEN YEDDER
Wissam Ben Yedder is a name that has flown under the radar somewhat this summer. This is a forward who has scored 47 league goals in three seasons for a Toulouse side that have finished 17th, 17th and ninth. That total is surpassed by only Zlatan Ibrahimovic and Alexandre Lacazette.

West Ham have been sniffing around Ben Yedder for a while, but it’s Arsenal and Spurs who are now being linked. The Sun say a move to Arsenal is close, while Canal + reckon that Spurs are also in the hunt.

There are also strong reports linking Ben Yedder with a move to Sevilla. He’s going to end up there, isn’t he?

One of the hallmarks of Louis van Gaal’s tenure at United was seeing Marouane Fellaini lumbering around the field with his elbows at full mast, charging into opponents before perfecting that ‘I can’t possibly be guilty’ look.

In the words of Manchester United supporter and professional handsome man Ian Watson: “I’ll bloody drive him there, and pick up his stuff first.” Gentleman.

ARSENAL AND LIVERPOOL WANT JESE
Three elements to this story. It’s like Lord of the Rings, but for grown-ups and without dragons.

2) Real coach Zinedine Zidane has also urged the 23-year-old Spaniard to join another club if he wants to play regular first-team football, according to Marca. That’s not so much a hint to leave as being told you’re not wanted.

3) The Sun say that Arsenal and Liverpool are both interested in signing Jese. We’re told how ‘Premier League clubs prepare to fight’ for the forward.

AND THE REST
Borussia Dortmund have dismissed rumours linking striker Pierre Emerick-Aubameyang, 27, with a move to Manchester City… Chelsea and Everton will fight for the signature of Sporting Lisbon’s £30m-rated Portugal midfielder William Carvalho, 24… Manchester United target Blaise Matuidi has been told he is allowed to leave Paris St-Germain this summer, with the 29-year-old midfielder available for around £30m… Austria forward Marko Arnautovic, 27, is not interested in a move to Everton and will sign a new contract with Stoke City… Napoli have had a bid for Ajax striker Arkadiusz Milik, 22, accepted as they look to replace new Juventus signing Gonzalo Higuain, 28.

Everton have met Idrissa Gueye’s £7.1m release clause and hope to complete a deal for the 26-year-old Aston Villa midfielder… Turkish champions Besiktas want to sign Liverpool forward Mario Balotelli, 25, on loan… Monaco are ready to rival Arsenal for the signing of Barcelona’s Turkey midfielder Arda Turan… Valencia’s Shkodran Mustafi and Fabian Schar of Hoffenheim are Arsenal’s latest centre-half targets following confirmation Per Mertesacker is facing months out… Everton are lining up Sunderland’s £15m Lamine Kone as they prepare for the possibility of losing John Stones… Norwich City have made a bid for 29-year-old Fulham striker Ross McCormack that could rise to £12m with add-ons.

Wolfsburg defender Jeffrey Bruma, 24, said he could have re-signed for Chelsea before joining the German side this summer… Bayern Munich’s 21-year-old goalkeeper Ivan Lucic could be swapping the Allianz Arena for Cheltenham Town. Lucic is set for a medical ahead of a move to Bristol City, but manager Lee Johnson will send him to his dad Gary’s Cheltenham side to gain experience… Liverpool midfielder Cameron Brannagan, 20, remains keen to go out on loan this season despite a proposed move to Wigan breaking down… John Stones has told Everton he wants to play for Pep Guardiola at Man City.