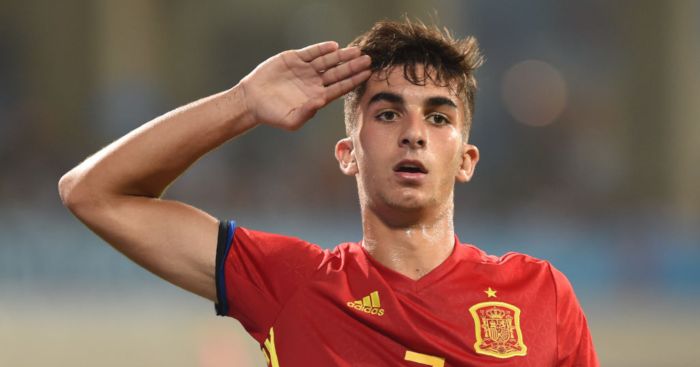 STANDARD PRACTICE
So the magic number for Arsenal is £40m. A transfer budget affected by the lack of Champions League football and restricted by a damaging wage bill, around about as much as Manchester City or Manchester United will spend on single signings this summer.

That is the set figure, of course. But Arsenal know that player sales will give them more room to manoeuvre. And no departure would both boost their budget and ease their wage concerns like that of Mesut Ozil.

To that end, the London Evening Standard say Unai Emery ‘is open to selling’ the German this summer. He ‘is happy to stay’ and Arsenal ‘are not actively trying to force Ozil out,’ but if ‘a suitable buyer’ emerges then he will likely leave.

Inter Milan were linked before Antonio Conte’s appointment, while Chinese Super League sides also expressed a recent interest. That is a no-go, as Ozil considers that a ‘substandard league’ for a 30-year-old to be joining.

The article is at pains to point out that ‘there has been no breakdown’ between Emery and Ozil, although the player ‘is thought to be disappointed’ at being substituted for Joe Willock in the Europa League final.

Emery is presumably just disappointed at how sh*te Ozil was.

EL NINO
What will Arsenal spend the money on? A Spaniard called F. Torres.

It is unfortunately Valencia’s Ferran rather than Sagan Tosu’s Fernando that has caught Gunner eyes. With Wilfried Zaha priced at £80million by Crystal Palace, the search for ‘cheaper alternatives’ is in full swing.

It has taken them to Ferran Torres, he of three goals and two assists in 18 starts in what has been his first full season of professional football. The Daily Mail say he ‘is attracting admiring glances’ as one of Valencia’s ‘standout performers’ in their fine season.

Torres featured for Valencia against Arsenal in the Europa League semi-final, and helped take them to Champions League qualification by finishing fourth. But he ‘could be prised away for around £25m if a future sell-on clause is included in any deal’. Leicester are also interested.

MADDISON AVENUE
Speaking of Leicester and Arsenal, the latter have asked the former about James Maddison’s availability. Considering he is 22, has four years left on his contract and joined for £20m just 12 months ago, you can guess how well that went.

The Daily Mail say Leicester returned with a quote of £60m, and that ‘Arsenal’s finances simply won’t stretch that far’. Maddison would actually ‘be interested’ in the move, but it surely won’t happen – with or without the sale of Ozil.

AND THE REST
Manchester United are set to bid over £100m for Benfica and Portugal under-21 striker Joao Felix, 19… West Ham striker Javier Hernandez, 31, is set for a move to Valencia, with the La Liga outfit keen to bring in the Mexican for £8m… Stoke want £30m for England’s 26-year-old goalkeeper Jack Butland, who is wanted by Bournemouth and Crystal Palace… Manchester City have identified Lyon’s 22-year-old France midfielder Tanguy Ndombele and Real Madrid’s 24-year-old Spain midfielder Marco Llorente as back-up options if they fail to sign Atletico Madridand Spain midfielder Rodri, 22… Ilkay Gundogan will stay at Manchester City next season even if it means the Germany midfielder, 28, leaves for free when his contract expires next summer… Real Madrid will move for Ajax’s Dutch midfielder Donny van de Beek, 22, or Tottenham’s Danish midfielder Christian Eriksen, 27, should they fail to land Manchester United’s France midfielder Paul Pogba, 26.