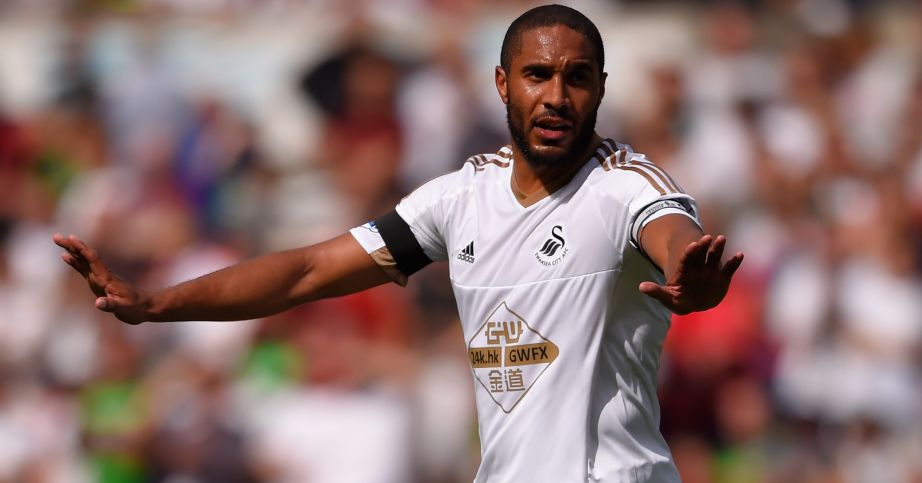 UNITED TO BREAK RECORDS TO SIGN JAMES
Manchester United have been offered Real Madrid forward James Rodriguez, according to an exclusive on Sunday.

The Daily Star on Sunday claims the £60million transfer would ‘rock the Premier League’, eclipsing the £59.7million that United paid Real for Angel Di Maria two years ago. The details in the report are also a bit sketchy, but this is the Daily Star so… yeah.

The report claims Portuguese super agent Jorge Mendes has offered the 24-year-old to United and Ed Woodward and co. are now weighing up the proposition for a player who cost Real in excess of £60million from Monaco two years ago. Who would have thought that Jorge Mendes would have his sticky fingers all over United’s summer business.

ARSENAL WANT ASHLEY WILLIAMS
We can see why a club like Arsenal might have wanted to sign Ashley Williams in the summer of 2013, but surely that time has now passed? Particularly when the fee is rumoured to be £20m.

Still, that’s the claim from the Sunday Express, who report that Arsene Wenger is willing to pay top whack to sign Williams, the ‘leader’ Arsenal’s defence needs.

Now we’re not saying this is a non-starter, but if Wenger thought that Williams was such a leader, why would he have signed Gabriel Paulista instead? Actually, you know what, we are saying it’s a non-starter.

LIVERPOOL AND SPURS BATTLE OVER WILSON
It’s been an odd season for Callum Wilson. It would be hard to call it a success after his knee injury ruled him out for over six months, yet he has ended the campaign as Bournemouth’s second highest scorer and with a host of big clubs scouting him.

The latest rumour is that Liverpool and Tottenham are both interested in signing Wilson. That’s according to the Daily Express again, unfortunately.

AND THE REST
Manchester United and France striker Anthony Martial, 20, has been targeted by Paris St-Germain… Newcastle winger Andros Townsend, 24, is likely to be named in Roy Hodgson’s England squad for Euro 2016, edging out Arsenal forward Theo Walcott, 27… Everton have approached three-time Premier League winning manager Jose Mourinho about replacing Roberto Martinez at Goodison… Newcastle owner Mike Ashley is to hold face-to-face talks with Rafa Benitez to try and convince the Spaniard to stay… Rotherham manager Neil Warnock has emerged as a surprise candidate to replace Benitez… Ex-Chelsea manager Roberto Di Matteo is in the frame to become the new Aston Villa boss…

Leicester manager Claudio Ranieri wants to sign Swansea midfielder Gylfi Sigurdsson, 26, to help his side defend their title… The Foxes will also pay £23m for Sporting Lisbon’s Algerian striker Islam Slimani, 27… Tottenham are eying a £20m move for Basel’s Swiss 19-year-old striker Breel Embolo… Manchester City and Argentina defender Pablo Zabaleta, 31, will have surgery on his injured ankle – ruling him out of this summer’s Copa America… Real Madrid are weighing up a move for Chelsea midfielder Cesc Fabregas, who has struggled in his second season at Stamford Bridge… Leeds will fight to keep left-back Charlie Taylor, with Arsenal, Liverpool and Sunderland taking a major interest.