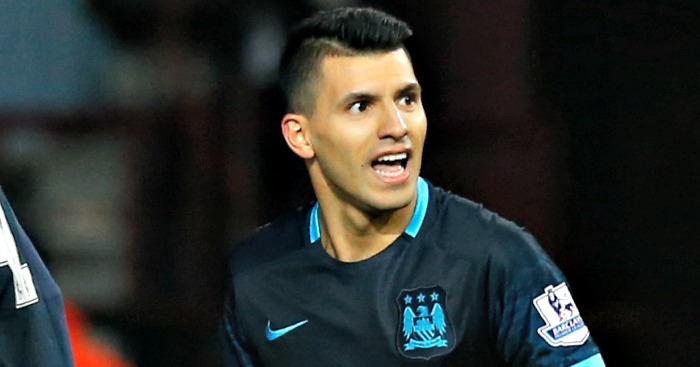 ARSENAL, TOTTENHAM AND CHELSEA WANT AGUERO
Let’s just get something absolutely clear: Every bloody club in the world would sign Sergio Aguero given half a sniff. Hell, we’d pay the money just to have him sat in the office if we could, looking handsome and occasionally buying treats from Sainsburys.

That’s probably the context in which to take Don Balon’s claim that Tottenham, Chelsea and Arsenal are hoping to make the most of the uncertainty over Sergio Aguero by tempting him away from Manchester City. That ‘uncertainty’ seems to consist of Pep Guardiola saying he would never sell Aguero, and the striker not scoring a goal in four days. Lock the doors and board up the windows because we have ourselves a crisis.

Of course there’s probably eff all in the story, but that’s what it most annoying. Not only will some people believe this sh*t, but it gives licence to the Daily Star, Metro and Daily Express to write different versions of the same guff for the next six months.

Still, the first line of the Google translation did make us stir: ‘Kun Aguero is on everyone’s lips’. Bloody hell.

SEMEDO, MY PRINCE WILL COME
Avoiding mentioning the hideously  crowbarred song lyric, we have news of Manchester United’s next right-back. That’s after Antonio Valencia moves to Barcelona, right?

Portuguese newspaper O Jogo claim that United will attempt to sign Benfica full-back Nelson Semedo for a fee of €40m. We were about to take the p*ss out of the Star for putting £40m instead, before realising that they’re basically the same thing now that we’ve f*ked up the economy.

Semedo has one cap for Portugal but is a regular in Benfica’s first-team. The €40m refers to his release clause, but there is no way on this earth that United will actually pay that kind of cash for a relatively untested 22-year-old defender.

The Star also causally throw in that Arsenal might be interested in Semedo. Because right-back is definitely the position they need to spend big money to improve.

LILLE EYE DEPAY, MKHI STAYING PUT, DEFENDERS OUT
We have news on current Manchester United players now, starting with Mercato365’s (mericifully no relation) claim that Lille will try and sign Memphis Depay at the earliest possible opportunity, after a statement of intent from thir new owners. We’re not quite sure that Depay will fancy the move, given that he has been linked with far more illustrious names. We still want it to work out at United, but it’s looking less and less likely.

One player who apparently won’t be leaving is Henrikh Mkhitaryan, despite being told yesterday that he would be; standard. The Guardian say that Mkhitaryan has made it clear that he will fight for his place at Old Trafford, a sentence that should be utterly ludicrous. His absence from this United team after just one league start is the most baffling element to this Premier League season.

Finally, the Daily Mail say that Jose Mourinho is considering selling Chris Smalling, Marcos Rojo and Daley Blind in a bid to transform United’s defence. Antonio Rudiger is the name mentioned most often.

BARCELONA WANT CLYNE?
That’s what The Sun are saying, and they only ever believe in the truth. The story is an ‘exclusive’ by Alec Shilton, which is another name we haven’t heard of. Are they just giving people aliases now?

‘BARCELONA are eyeing a shock £20million move for Nathaniel Clyne. SunSport understands the Catalan giants want to bring the Liverpool right-back to the Nou Camp and have identified him as their number one target to replace Dani Alves in January,’ is the line.

It’s a big shout. Clyne is under contract until 2020 and already cost Liverpool £12.5m. Are they really going to sell him to Barcelona for a small-ish profit? Do Barcelona really want him? Let’s just wait and see, shall we.

AND THE REST
Former Paris St-Germain manager Laurent Blanc is stalling on signing an agreement to replace Frank de Boer at Inter, because he believes he could replace Jose Mourinho at Old Trafford… Arsenal boss Arsene Wenger and Everton’s Ronald Koeman are both readying themselves for a January tug of war over Hull starlet Josh Tymon… Leicester are monitoring Leeds left-back Charlie Taylor, who could be available on a free next summer… Juventus are monitoring Pablo Zabaleta’s contract situation at Manchester City… Wigan are ready to offer Ryan Giggs his first managerial role, though the size of his transfer budget could make or break any deal.