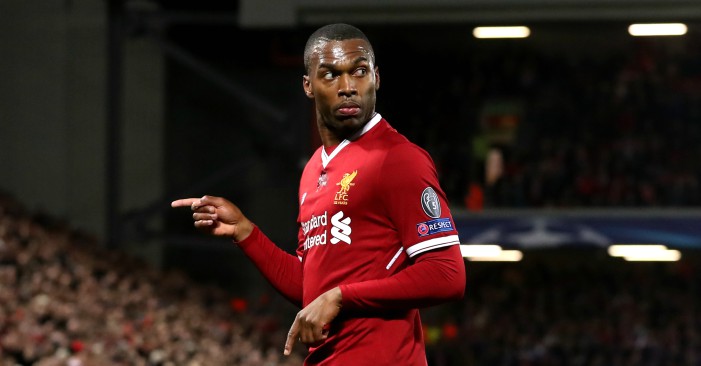 ARSENAL CLOSE IN ON DOUBLE SIGNING
You cannot doubt that Arsenal are going about their transfer business in a more efficient way since their backroom structure was overhauled. They have already signed Stephan Lichtsteiner – for experience more than anything – and a deal has been agreed for Sokratis Papastathopoulos. Two more players will follow them shortly.

The Daily Telegraph, BBC Sport and Daily Mirror all have the story, which indicates that Arsenal’s well-connected journalists have all been leaked information. Arsenal will soon complete the £48m double signings of Sampdoria’s Lucas Torreira and Bayer Leverkusen goalkeeper Bernd Leno. Bang.

Leno missed out on a place in the German World Cup squad but will immediately become the club’s No. 1. Torreira is a young player and therefore not an immediate guaranteed starter. He can play both as a defensive midfielder or in a box-to-box role.

Is that business done by the end of June?

LIVERPOOL LOOK TO OFFLOAD STURRIDGE
The latest round of stories suggested that Daniel Sturridge could stay and fight for his first-team place at Liverpool, but that would surely be nothing more than wild optimism. Sturridge struggled to make a first-team impact at Anfield even when fully fit. Having barely played at West Brom on loan, nothing is going to change there.

Instead, Jurgen Klopp is likely to afford a place on the bench to younger forwards. Rhian Brewster has recently signed a new contract to avoid him leaving for the Bundesliga.

In the Daily Telegraph, Chris Bascombe writes that Sevilla and Fenerbahce are both interested in paying Sturridge’s £15m asking price. It really would be lovely to see him go abroad and flourish.

With only a year left on his contract, Sturridge is also well aware that he could wait until January and sign a pre-contract free transfer agreement with a foreign club, this increasing his earning potential.

EVERTON INTERESTED IN SOME LOVELY PLAYERS
With former PSV honcho Marcel Brands in place as director of football, Everton have the chance to become a likeable, exciting club again. A lot of that depends on picking the right transfer targets, and things are sure starting nicely.

In the Daily Telegraph, Sam Wallace writes that Everton want to sign Sporting winger Gelson Martins after he cancelled his contract at the club following the shambles of last season. Martins’ contractual situation is potentially tricky, but at 23 he is an exciting prospect that Everton would be prepared to pay for if necessary.

Wallace also writes that Everton are interested in Ajax central defender Matthijs De Ligt, which would be a massive coup. De Ligt has been linked with a move to Manchester City and Tottenham, amongst others, and would cost around £50m.

Finally, the Liverpool Echo say that Brands does not have an agreement to avoid raiding his former club PSV, which means that reported interested in winger Hirving Lozano could come to fruition. Can’t help thinking that Everton should have got that done pre-World Cup, given Lozano’s performance for Mexico against Germany.

AND THE REST
Chelsea are set to appoint Maurizio Sarri as their new boss with Gianfranco Zola as his No 2… Tim Krul is set to join Fulham… Southampton manager Mark Hughes has joined the queue to sign Jack Wilshere… Borussia Dortmund are interested in Celtic’s Moussa Dembele.