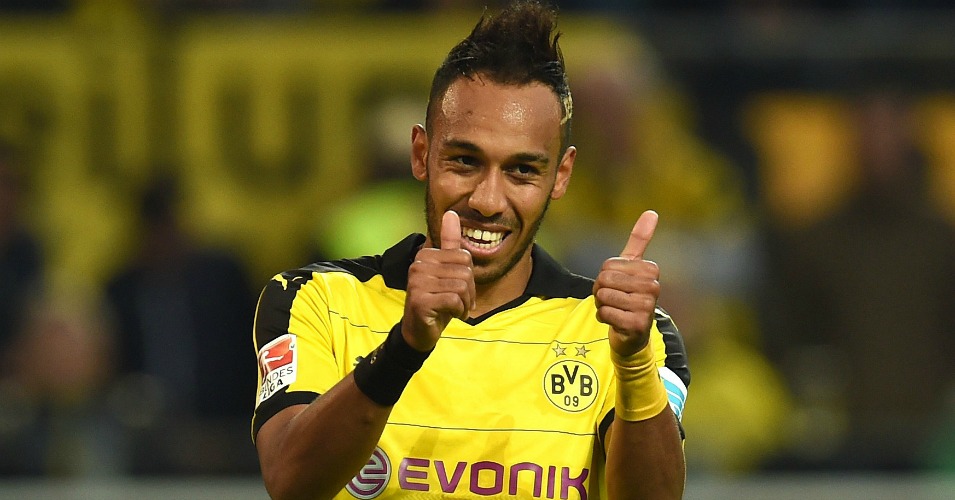 KLOPP TO TEMPT AUBAMEYANG…
The Sunday Mirror went for the pokey suggestion that Liverpool could tempt Robert Lewandowski, but by Monday that already seems to have been lost on the wind. Instead, The Sun have changed tact to Pierre-Emerick Aubameyang, the Borussia Dortmund striker.

It’s logical, at least. Klopp signed Aubameyang from St Etienne in 2013, seeing the striker score 42 goals in 94 matches before Klopp left. He’s since started scoring goals for fun, registering 14 in 13 games this season.

With the greatest of respect to Klopp, surely he must be thinking about Liverpool’s needs elsewhere on the pitch? Liverpool already have Christian Benteke, Daniel Sturridge, Danny Ings, Divock Origi and Roberto Firmino. Plus Mario Balotelli is going to come back from his loan spell and enjoy the greatest redemption in football history.

OR IS IT AYEW TO LIVERPOOL?
Speaking of non-strikers, ESPN are reporting that Swansea’s Andre Ayew is one of Klopp’s first transfer targets. They report that he twice tried to bring him to Dortmund when in charge there.

Ayew has started the Premier League season in quite wonderful fashion after moving to Swansea from Marseille, scoring four goals in eight appearances from the right wing and giving left-back after left-back twisted blood.

Ayew was named Premier League Player of the Month for August and is already attracting interest from more glamorous clubs. The valid question would be why they didn’t sign him when he was available on a free just a few months ago.

SPURS WANT SIMON (NOT GARFUNKEL)
To the Daily Mail now, and their claim that Tottenham are interested in Gent winger Moses Simon.

Last week we were told that Spurs wanted Gent striker Laurent Depoitre, so it’s unclear whether now want either, neither or both.

Liverpool and Spurs were apparently both interested in signing Simon as a teenager, and are now tracking him again. He’s 20, he scored seven league goals last season and he moved from Trencin in Slovakia in January 2015.

WANYAMA TO FORCE MOVE
Morgan Schneiderlin knuckled down after missing out on his move to Tottenham and eventually got a better gig, but it looks like Vincent Wanyama is intent on making good his White Hart Lane desires.

The London Evening Standard report that the Kenyan will reject offers of a new deal at Southampton in order to force through a move either in January or next summer.

“Yes, sure, now I’ve forgotten what happened,” Wanyama said last week. “I’m now progressing on my club and it’s been good, so I’m looking forward to putting in good performances.”