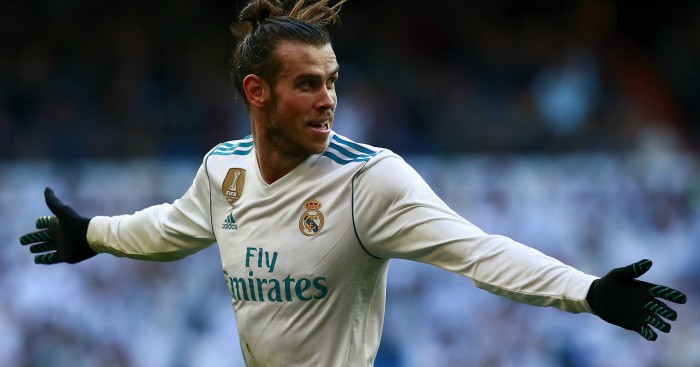 That is the claim of Marca, which reports that Mourinho is back on the Welshman’s case after coming close to persuading him to join last summer.

Then, Bale decided to give Real another crack but it has not been as successful as the winger hoped, with Zinedine Zidane regularly leaving him out of the side.

Both parties think that “it’s time for a parting of the ways, with Bale unable to settle in the capital and frequently injured”. To be fair, he’s been there nearly five years so if indeed he hasn’t settled, you can’t say the bloke didn’t try.

WATFORD TO DO WHAT WATFORD DO
Watford face having to sell Abdoulaye Doucoure or Richarlison this summer, according to The Mirror. Tell us more, we hear you say…

Well, it seems that from reading Watford’s recently-issued financial report and remembering that the club has a habit of selling their best players for decent money, Mike Walters has concluded that “it looks inevitable that Watford will cash in” on Doucoure or his Brazilian team-mate.

Both have been attracting interest for months, with Chelsea and Tottenham both linked with Richarlison in January, with Man Utd and Arsenal also watching Doucoure.

So, the gist is, Watford will probably sell one or may be both because that is what they have always done. Thanks for that.

SPURS IN RACE FOR SPORTING STAR
Tottenham are among a gaggle of clubs watching Sporting Lisbon Bruno Fernandes. But the midfielder won’t come cheap…

The 23-year-old has been attracting interest from Europe’s main leagues, says A Bola, but Sporting saw them all coming even before he scored eight goals and offered seven assists in 26 league games so far this term.

Fernandes was the first Sporting player to have a release clause written into his contract containing nine digits, so the Portuguese club are protected from the vultures to the tune of 100million euros.

The report suggests the highest bidder will not have to stretch to £87million, which will keep Spurs interested. But the story indicates that Fernandes’ imminent participation at the World Cup could see his value rise further. So Daniel Levy might want to get a wriggle on…

AND THE REST
Manchester City are to open talks about a new contract with Raheem Sterling…Arsenal have held discussions about a move for Freiburg defender Caglar Soyuncu, who is valued at £30m…Chelsea are close to signing 15-year-old Jayden Braaf from PSV Eindhoven…Everton are ahead in the battle to sign Arsenal midfielder Jack Wilshere…Manchester United are looking at signing 16-year-old Tottenham midfielder Chukwunonso Madueke after he turned down a new contract…Carlo Ancelotti has turned down the Italy job as he is waiting for a return to Premier League…Juventus midfielder Claudio Marchisio could join New York City.