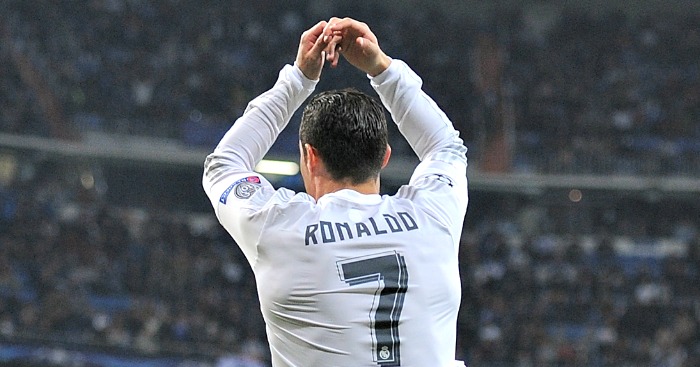 RONALDO TO LEAVE REAL ANYWAY
This is curious from the Daily Telegraph’s Football News Correspondent Matt Law (very much a tabloid man working for a broadheet). He claims on Tuesday lunchtime that ‘Cristiano Ronaldo is still expected to leave Real Madrid at the end of the season, despite the appointment of Zinedine Zidane to replace Rafa Benitez as manager’. He claims that Manchester United have a better chance of re-signing Ronaldo than getting Gareth Bale, though he admits that PSG are very much in the driving seat when it comes to Ronaldo.

A Real insider told Telegraph Sport: “Out of Bale and Ronaldo, Ronaldo is the player expected to leave the club. Bale is still seen as the future, whereas Ronaldo’s best years may now be behind him. PSG are desperate to sign him and would be favourites at the moment, but United will no doubt try.”

BIG THREE ‘MONITORING VARDY’
This comes from ‘Sky sources’ so it must be true. They claim that Manchester United, Manchester City and Chelsea are ‘monitoring any developments regarding Jamie Vardy’s future at Leicester’. They might be wiser to ‘monitor Jamie Vardy’s goalscoring’ as he has not scored in his last four Premier League games and is now ruled out for a fortnight.

‘Vardy turns 29 next week and may not have many more opportunities to join one of the Premier League’s biggest clubs,’ it says on the Sky Sports website. Many more? He doesn’t really have this one.

HERRERA AND FELLAINI TO VALENCIA?
This is quite a big ‘meanwhile’ that the Daily Star lumped on the bottom of their Eden Hazard guff.

As Herrera has started United’s last three Premier League games, we don’t think Neville has a chance. Not that we think it is remotely true.

DARMIAN WANTS OUT
Well, he might not actually want out but Sport Bild in Germany claim he is ‘unhappy’ at Manchester United; he is named as a possible long-term replacement for Philipp Lahm at Bayern Munich. Why he is ‘unhappy’ is never really explained, but it might be because a) United are a bit sh*t or b) Darmian himself is in and out of the side and is often played out of position at left-back. It;s probably nonsense.

REAL TO BID £100M FOR HAZARD
You can put a note in your diaries; January 6 was the day when silly season finally opened. Opened in style, too.

Firstly we go to the Daily Star, who somehow manage to get another whopping exclusive. How do they do it (other than sticking pins in a list of players and clubs)?

The Star’s claim is that Real Madrid will make a £100m summer move for Eden Hazard. Which is a ballsy shout given his current form.

All the evidence for the claim comes via comments from Zinedine Zidane in which he declared his love for Hazard. Firstly those comments came months ago, and secondly he also mentioned Lionel Messi in the same sentence. Are Real going to be buying him too?

LOADS OF DIFFERENT BALE CLAIMS
Gareth Bale is going to be the darling of the back pages during this January transfer window. There are at least three different shouts regarding his short-term future in Wednesday’s papers alone.

1) The Daily Mirror say that Chelsea are interested in Bale, heartened by his disappointment over the sacking of Rafa Benitez. That’s despite Zidane calling Bale “fundamental to my team”.

2) The Daily Mail say that Manchester United are working on a deal to sign Bale this month, with the transfer fee said to be £75m. We’re not having one bit of that.

3) The Guardian (the voice of reason?) say that Bale has no plans to leave Real Madrid in the wake of Benitez’s sacking. The big spoilsports.

CITY TO GET MESSI (OBVIOUSLY)
As if to complete the set – or perhaps we need a Ronaldo to Arsenal rumour – the Daily Express tell us that Manchester City will sign Lionel Messi this summer. Of course.

Richard Tanner has put two and two together, added a few massive assumptions (like Barcelona allowing Messi to leave) and made 13. Top work.

Our favourite bit is the headline on the Express website: ‘City Dream Team! Pep Guardiola aims for Eithad reunion with Barca star Lionel Messi’. Is that near the Etihad?

ADEBAYOR TO GET A PREMIER LEAGUE MOVE
Emmanuel Adebayor hasn’t played an awful lot of football recently, but that hasn’t stopped his name being linked with a move to some top-half Premier League clubs. Our suspicion that he wouldn’t gain a move to a country west of Turkey might come a cropper.

The Guardian report that both Watford and Crystal Palace will offer Adebayor a contract until the end of the season. That makes a fair amount of sense, too. The club have a no-risk short-term option, while Adebayor has the chance to impress clubs ahead of a possible summer move.

Still only 31, Adebayor can’t have given up his hope of playing at the highest level again. Ninety-six Premier League goals isn’t a bad record. That’s six fewer goals than Didier Drogba in 24 fewer games.

FELLAINI DEAL ON? BUT TO JUVE?
The Gazzetta dello Sport are getting very excited about the prospect of Marouane Fellaini arriving. Presumably they’ve been watching tapes of him playing for Everton rather than any of his recent displays.

The original claim was that AC Milan would be the club bringing Fellaini to Italy, but the paper now claim that Juventus, Roma and Internazionale are all also interested.

Can we just say right now that we would love it (love it) if Fellaini joined last season’s Champions League finalists while Manchester United were left playing Europa League football? Thanks.

AND THE REST
Everton boss Roberto Martinez wants the club’s supporters to “trust” 21-year-old John Stones (they do, it’s Martinez many are unsure about)…Chelsea will not let Loic Remy leave on loan unless they find a replacement…Watford are close to signing Fiorentina’s Spain midfielder Mario Suarez… Joe Cole, 34, is set to complete a permanent move to Coventry… Newcastle have made a bid of €25 million for Lyon striker Alexandre Lacazette… Aston Villa midfielder Jack Grealish could leave the club on loan in January, with Leeds United, Derby County and QPR all interested… Southampton are tracking Atletico Madrid midfielder Thomas Partey.