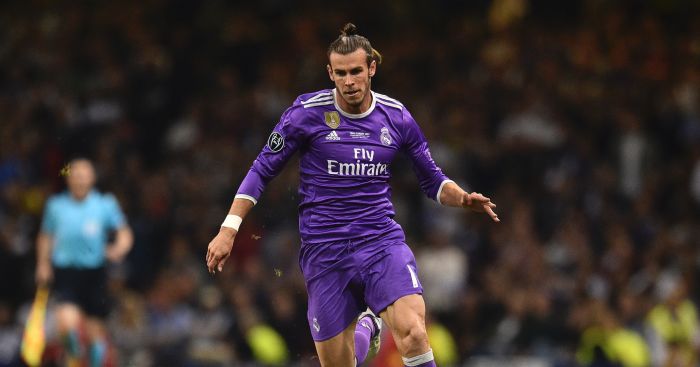 Arsenal have had their bid to sign Real Madrid forward Gareth Bale turned down by the Spanish side, according to reports.

Don Balon claims that the Gunners want to replace Alexis Sanchez with the Wales international, with Sanchez looking increasingly likely to leave the Emirates Stadium this summer.

However, Bale is understood to have snubbed Arsenal’s advances as the north London club couldn’t offer him Champions League football…and presumably because he couldn’t face playing for Tottenham’s arch-rivals…

The report continues by saying that although Bale is keen to return to the Premier League he isn’t interested in leaving the Bernabeu for the Gunners.

COUTINHO ASKS LIVERPOOL TO LET HIM LEAVE FOR BARCA

Philippe Coutinho has expressed a desire to leave Liverpool and move to La Liga giants Barcelona, according to reports.

Catalan radio station RAC1 claims that the Brazilian midfielder is pressuring the Reds to let him join the Spanish side.

Barca are understood to have had one bid of £72million rejected for the 25-year-old but the Daily Star understands that they are readying another bid of £80million.

Other reports suggested only yesterday that Coutinho had agreed personal terms with Barca and that it was up to the two clubs to finalise a suitable fee.

“The FCB has everything tied up with the footballer.

“The club negotiates with Liverpool the transfer.

“Liverpool is NOT the PSG, ready to negotiate the transfer by the Brazilian.

ARSENAL CLOSE IN ON £45M DEAL FOR LEMAR

Arsenal are reportedly on the brink of completing a deal for Monaco midfielder Thomas Lemar.

The Sun claims that the Ligue 1 side are ready to grant Lemar his move to London in a deal worth £45million.

Monaco were understood to be holding out for nearer their £80million valuation, but two bids from the Gunners later and they are apparently prepared to accept substantially less.

The report continues by saying that the French midfielder had already agreed personal terms earlier this month and was just waiting on the two clubs to come to a resolution over the transfer fee.

Lemar would be Arsene Wenger’s third signing of the transfer window with Sead Kolasinac and Alexandre Lacazette both joining earlier this summer.