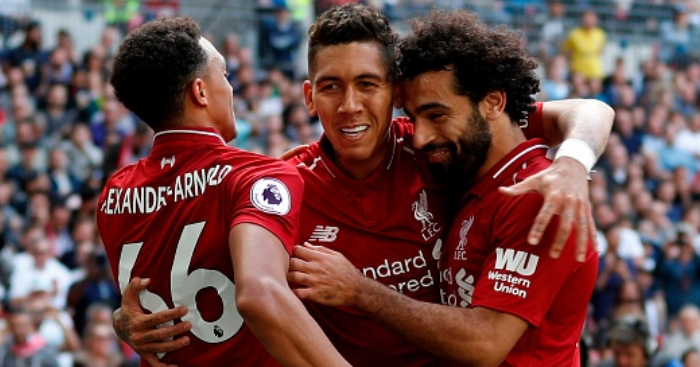 CHIM CHIMINEY
To try and sign a striker that does not score goals is a) not new to West Ham, and b) would ordinarily not cost an awful lot. But when you consider the Hammers are ‘weighing up’ an approach for the selfless Olivier Giroud, you realise they are aiming for the stars and will probably end up with Simone Zaza again.

The Daily Mirror do describe the move as ‘audacious’, adding that West Ham ‘have a long-standing interest’ in the World Cup winner. Their bargaining position might be slightly better than usual as Giroud’s Chelsea contract expires at the end of the season, but still.

The good news for West Ham is that they are ‘also trying to decide whether’ to give Andy Carroll another two-year contract extension. Tough one, that.

REDS ALERT
“Barcelona thinks of Firmino as a substitute for Luis Suárez,” the director of OK Diario has reportedly told El Chiringuito de Jugones. And I’ve never typed as many words without ever understanding them.

The story here is that Barcelona ‘seems on course to change their center forward next season’, and Roberto Firmino is in their sights. They are eager to replace ‘stubborn’ Suarez, for he ‘has started the downhill of his career’.

Barca’s interest is on the recommendation of Philippe Coutinho, Firmino’s former Liverpool teammate, and any move would go through not in January but at the end of the season.

The Catalan club wants a player who has ‘revolutionised’ Liverpool’s attack, who can score goals while leading the line, and who would bring ‘the style of touch and combination’ that they so crave back.

This rumour comes a day after Mundo Deportivo linked Dejan Lovren with the Nou Camp. Injuries to Samuel Umtiti and Thomas Vermaelen mean Barcelona are considering January replacements, and a player who can’t really get a game at Anfield is atop their shortlist.

AND THE REST
Belgium midfielder Eden Hazard, 27, is ready to accept a new £300,000-a-week deal at Chelsea… Manchester United and England defender Luke Shaw, 23, has been offered a new £50m deal at Old Trafford… Barcelona’s French contingent want Manchester United midfielder Paul Pogba, 25, to join the club… Manchester United and Liverpool are tracking PSV’s21-year-old winger Steven Bergwijn… Liverpool are also reportedly preparing an offer for Hoffenheim and Germany midfielder Kerem Demirbay, 25… The agent of Juventus and Italy centre-back Daniele Rugani has confirmed that Chelsea made a “very strong push” to sign the 24-year-old in the summer… Arsenal are the latest club to be mentioned with a potential move for Cagliari’s Italy midfielder Nicolo Barella, 21… Juventus, Barcelona and Manchester City are all interested in Ajax’s Dutch defender Matthijs De Ligt, 19, who is likely to cost around 50m euros (£43m)… Inter Milan’s Slovakia defender Milan Skriniar, 23, who has been linked with Manchester United and Manchester City, would be interested in a move to the Premier League.