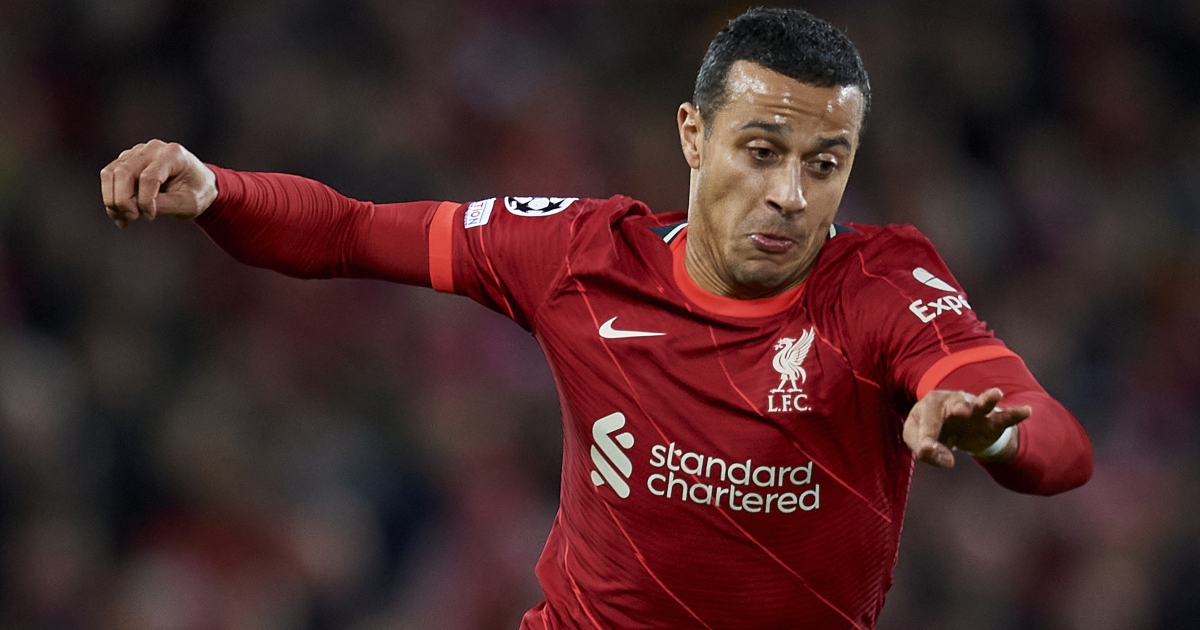 Xavi is trying to get the old Barca band back together, with a move for Liverpool’s Thiago among his many January plans. And there’s even more good news for Charlie Kane…

It was reported on Friday that Xavi will be furnished with £8.6million to strengthen his squad during his first transfer window in charge.

Xavi has already got to work by re-signing 68-year-old free-agent Dani Alves but the Brazilian is unable to play until the New Year.

According to Pedro Almeida, the new Barca coach also wants a reunion with Thiago Alcantara. Thiago joined Liverpool from Bayern Munich at the start of last season and despite apparently inventing ‘shouting at team-mates’ during his debut against Chelsea, the Spain midfielder has struggled to make a success of his move.

But Xavi feels he can tease out Thiago’s best form by bringing him back to the Nou Camp.

Manchester City have reportedly told Sterling he can leave but the champions are looking for £45million to sell the England attacker. Which leaves Barca around £36million short.

But the Manchester Evening News says the Catalans remain absolutely determined to land Sterling, with a loan move set to be explored. Though how that would appeal to City is anyone’s guess.

The Germany striker has started just four Premier League games for Chelsea this term and could be allowed to leave Stamford Bridge.

Marca reckons Barca are optimistic of arranging a loan deal for Werner.

Barca are also shopping at Werner’s old club, with Karim Adeyemi said to be a target, though Chelsea have also been linked with the teenage Germany international.

DORTMUND COULD OFFER ZIYECH ESCAPE
Chelsea could part-fund a move for Adeyemi by selling Hakim Ziyech.

According to Bild, Ziyech is keen to explore his options having featured in only four Premier League games this season.

Borussia Dortmund are said to be keen to bring the Moroccan to Germany.

In further good news for Harry and Charlie, ESPN is reporting that Manchester City could rekindle their interest in the striker in the New Year.

Though it is hard to envisage how City and Tottenham might have found some common ground in the months since the summer. Kane’s Premier League form is unlikely to persuade City to meet Spurs’ asking price, which won’t suddenly plummet, especially in the wake of Antonio Conte’s appointment.