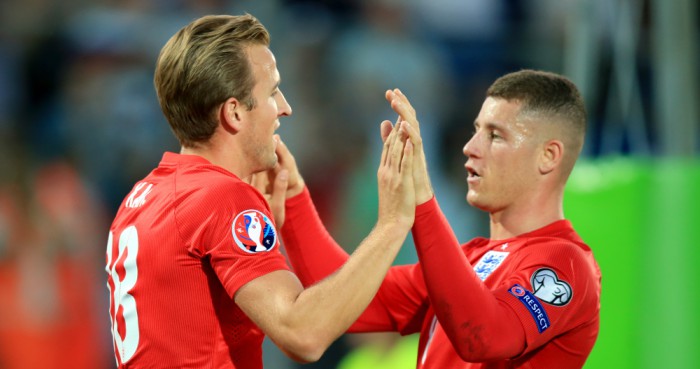 BARKLEY BATTLE IN JANUARY?
‘Mauricio Pochettino could offer Ross Barkley a late passport to next summer’s World Cup finals,’ begins the report in the Daily Mirror. Well they certainly ‘could’. The theory is that Tottenham boss Mauricio Pochettino could play Barkley – if he buys him after a ‘tug of war’ with Chelsea – in a more withdrawn role. And that could be a benefit for England manager Gareth Southgate…

‘His first-choice anchorman is Eric Dier, who may end up playing alongside Barkley for Tottenham. If they could form a strong club-level partnership in the second half of the season, that would surely boost the national team come the World Cup.’

We can’t help but think that somebody has forgotten all about Victor Wanyama.

HARRY KANE LEAVES DOOR OPEN TO MADRID
Well, of course he does, because Harry Kane is an incredibly good striker but he is also the dullest man in Christendom who never knowingly says anything interesting. He has been linked with Real Madrid so he was obviously asked about Real Madrid. His answer was textbook Harry Kane.

“I would never say no or yes. You’d not rule out anything. It’s not something I definitely want to do, but you never rule anything out. I’m very happy here [at Tottenham], but we’ll see what happens.”

Has Harry Kane ever ruled out anything in his life?

MANCHESTER CLUBS EYE ITALIAN KID
The Sun call him ‘£22million Italian midfield starlet Lorenzo Pellegrini’ as they dutifully relay gossip from Italy that both Manchester United and Manchester City are eyeing Roma’s 21-year-old central midfielder, who was bought back from Sassuolo this summer for around £11m.

Pellegrini is an Italian international after playing 90 minutes in a friendly against Liechtenstein in June; he had scored six Serie A goals to help Sassuolo into mid-table last season before returning to Roma on a buy-back deal.