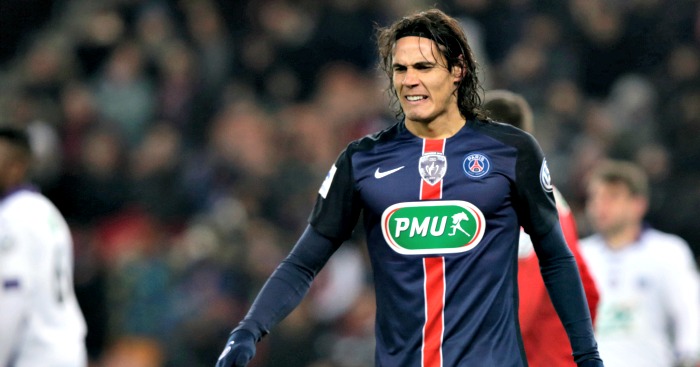 ARSENAL INTERESTED IN BAZOER
Let’s start in the Sunday People, and their gossip that Arsenal will target Riechedly Bazoer of Ajax in the summer. The People call him the ‘Dutch Vieira’, but we’re leaving that nickname outside in the cold to think about what it’s done.

Arsene Wenger has reportedly been keeping tabs on the 19-year-old for some time, with Arsenal having a representative at almost every single Ajax game.

Bazoer has already made his international debut for Netherlands, and has played almost 100 first-team appearances at Ajax. He’s basically the bee’s knees.

The People also mention interest from Napoli, Juventus and Borussia Dortmund, which means that Arsenal would have to offer more than £15m to sign the midfielder.

UNITED WANT ROBERTSON
Weird one, this. And by ‘weird’, we mean probably total hogwash.

The Star on Sunday claim that Manchester United’s ‘worldwide search for a left-back has taken them – to Hull’. They are interested in signing Hull City’s Andrew Robertson. He’s grrrrrr-eat.

The only evidence the Star offer for the move is that United wanted to buy cover for Luke Shaw in January but failed to land any of their targets. Given that Shaw is likely to be back by the end of the season, surely the time to buy another left-back has therefore passed?

We’ve said it before and we’ll say it again. United will get the managerial situation sorted long before they start spending big money on Championship left-backs.

CHELSEA AND CITY BATTLE FOR CAVANI
If we had £1 for every time we’d seen Edinson Cavani linked with Chelsea or Manchester City by some gossip merchant we’d be very rich people. So it’s a tremendous effort from The Sun’s Mike McGrath to label his story that both clubs are interested in the PSG forward as an ‘exclusive’.

Actually, perhaps the exclusive bit is that Chelsea and City are ‘set to go to war’ over Cavani, which seems a bit strong. Surely just speak to his agent and get a sense of which club Cavani wants to join rather than resorting to violence?

This bit of McGrath’s story is absolute gold:

‘Chelsea and Manchester City have been sounded out over a deal for the unsettled Paris Saint-Germain forward, even though he has two years left on his deal… Manchester United are long-term admirers of Cavani but failure to reach the Champions League could damage their chances of landing him.’

Whereas Chelsea are definitely going to be in the Champions league next season.

AND THE REST
Chelsea fear they have missed out on the signing of John Stones… Manchester City striker Sergio Aguero is set to sign a new £250,000-a-week, four-year contract to keep him at the club until 2020… Incoming Manchester City boss Pep Guardiola plans to give Aleix Garcia and Ante Coric a chance in midfield next season, throwing Yaya Toure’s future into doubt… Manchester United goalkeeper Sergio Romero is a target back in his home country for River Plate and Independiente… Watford manager Quique Sanchez Flores is keen on 30-year-old Napoli defender Raul Albiol.