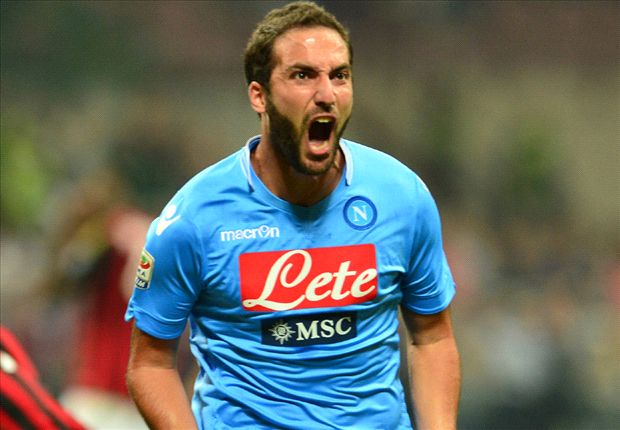 LIVERPOOL WANT BELLARABI
Liverpool will battle Manchester United, Arsenal and Manchester City for the signature of Bayer Leverkusen’s Karim Bellarabi, according to reports.

The report comes from Transfer Market Web, which is a deliciously vague name for any sort of news outlet. You might as well call yourselves ‘football moves and stuff’.

Bellarabi is a winger who has scored two Bundesliga goals this season and provided three league assists. He also turns 26 next month. We can’t help thinking this talk of Arsenal, City, United and Liverpool is slightly ambitious work on behalf of his agent.

HIGUAIN TO UNITED
Gonzalo Higuain is having his annus mirabilis, the top scorer in Serie A with 25 goals in 28 matches. So it’s no wonder that he is being linked with Europe’s biggest and best clubs. And Manchester United.

Corriere dello Sport says that United have joined the race to sign Higuain, and will offer a cool £62.2m this summer.

The paper quotes a ‘trusted United source’ for the information and says Jose Mourinho is the driving force behind the deal. Hmmm.

On that note, get ready to be pleased by news that Sunderland are considering bringing the former Arsenal celebrity back to England. Well, that’s what some spurious gossip peddler is saying anyway.

Calciomercato.com (nope, us neither) reckon that Sunderland could offer Eboue a trial at the club. The Ivorian hasn’t had a club since being released by Galatasaray last summer, so you know he’ll be sharp as a tack.

China’s Super League is awash with money, but this is the first time they have moved for a young English player. Zaha’s representatives were approached about a possible move in the last transfer window – and Beijing insisted they would look to make a firm offer this summer.

Zaha, 23, rejoined Palace a year ago from Manchester United for £3m after a troubled £15m switch to Old Trafford.

AND THE REST
Arsenal sent scouts to watch a Juventus starlet Moises Kean Bioty, 16, dubbed the next Mario Balotelli, in action at the weekend… Liverpool’s Joao Teixeira is set for a summer exit after agreeing a deal with Fiorentina… Jurgen Klopp will have more to spend than any previous Liverpool boss after the club posted record profits… Arsenal, Chelsea and Man Utd are all interested in signing Barcelona youngster Jordi M’Boula… Manchester United goalkeeper Sergio Romero is reportedly keen to quit Old Trafford this summer… Highly rated 17-year-old Tottenham midfielder Marcus Edwards could be signed by a major European club as he is yet to sign a professional contract at White Hart Lane… Michael Carrick, the Manchester United vice-captain, is yet to be offered a new contract and does not know if he will be at Old Trafford next season.