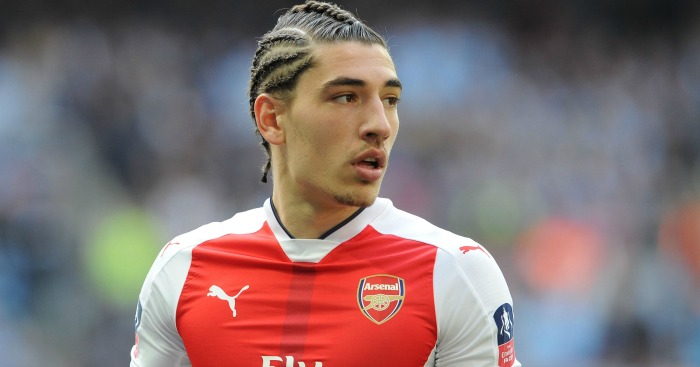 TOTTENHAM MONITORING LANZINI
We love the phrase ‘monitoring’ here at Football365. It is the perfect stock phrase when you are trying to talk up a transfer rumour to fill some paper space or get some clicks. It is not quite meaningless, but at a time when Premier League clubs have huge scouting networks and use analytical tools to track players, who isn’t being monitored?

So when we read the Daily Mirror story that Tottenham are monitoring Manuel Lanzini at West Ham, it does make us smile. You mean a Premier League club might be keeping an eye on what the best player for a bottom-half team is doing? Well we never.

JUVENTUS MAKE BELLERIN CONTACT
Now here is something a little more juicy. Until you actually dig down into the story.

The Sun on Saturday morning report that Juventus have made contact with the agent of Hector Bellerin over a possible move to Italy. Unfortunately, their story credits someone else:

‘The Mirror claims Juve are keen on bringing the Spain international to Turin in a big-money deal.’

So to the Mirror, and their story:

‘Arsenal face a battle to keep hold of Hector Bellerin, with Juventus keen on the Spanish defender. The Serie A side lost Dani Alves to PSG last season and failed to replace him. And TuttoMercatoWeb reports they are keeping tabs on Bellerin.’

Right. So now we’re off to TuttoMercatoWeb, and a story from three bloody days ago. Here is a translation of the story IN FULL:

‘Hector Bellerin , right-back in the ’95 class, is probably one of the best right-wing squads of the European landscape. Currently in force at Arsenal, the Catalan side last summer has long been in the Barcelona goal but not only. According to WyScout , Juventus has repeatedly tried last summer with direct contacts with his entourage without, however, being able to find the deal.’

Great, so it isn’t even TMW’s story, but ‘according to Wyscout’, a scouting tool. And they don’t say that they have made contact with his agent at all, but that they did last summer with no success. What rot.

MAN UNITED TO LISTEN TO LOAN OFFERS FOR SHAW
To the Manchester Evening News now, and their claim that Jose Mourinho will finally look to shift Luke Shaw out of Manchester United. The left-back has not been in Mourinho’s first-team plans even when fit, and has lost any chance of breaking back into the England squad.

The MEN reckon that Shaw could be loaned out in January for six months before being sold in the summer. THey say Mourinho would rather this agreement, as Shaw’s asking price would rise if he proves his fitness ahead of the summer transfer window.

They mention Tottenham and Southampton as the most likely destinations for Shaw, but Spurs is only going to work if somebody leaves.

AND THE REST
Everton will have to double Sean Dyche’s salary… Tony Pulis is under fresh pressure after a fans’ forum demanded that West Brom sack him… Chelsea’s Tiemoue Bakayoko has broken down in training… Manchester United are monitoring Enzo Diaz.