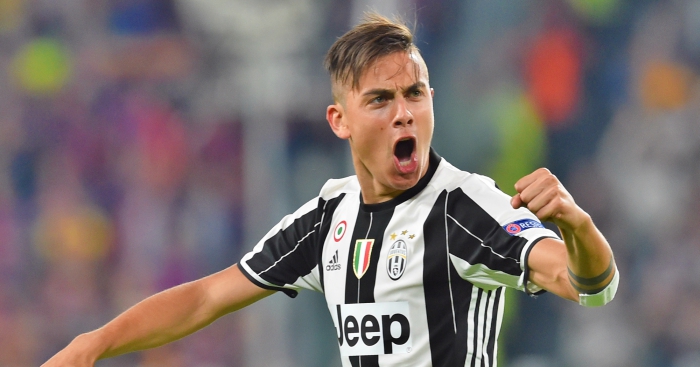 BENZEMA TO ARSENAL AS A THING. AGAIN
Bless the Spanish press, because you cannot doubt their commitment to getting Karim Benzema a move to Arsenal. Despite Arsenal having already signed Benzema’s international teammate for a club record fee and having numerous more important priorities, Don Balon says this one is a goer again.

Their story is that Real Madrid want to sell Benzema next summer to finance a move for Atletico Madrid’s Antoine Griezmann and Paulo Dybala. That will lead to them selling Benzema and Gareth Bale, with the second costing £91m.

Their addition to that line is that Benzema has his heart set on Arsenal as his next destination and has hinted as much to Real Madrid.

We don’t believe a bloody work of that last line and, even if it was true, Arsenal probably get some say in this.

DYBALA’S AGENT TALKS UP ENGLAND MOVE
And you won’t guess who that agent is. Yes, it’s our old favourite Mino Raiola. Prepare yourselves, Manchester United fans.

The Daily Mirror’s take on Raiola’s latest quotes about Dybala is that he has ‘snubbed Arsenal’, but if that’s true he has also snubbed Liverpool, Tottenham and all but five clubs in world football.

“He has to go to a team where he gets into a project that is already suitable for him,” Raiola said on the subject of reports linking his client with a move in summer 2018.

“For him it is difficult now to enter a reformed Barcelona, but he would do well at Real Madrid, Manchester United, Manchester City or Chelsea.”

He’s going to go to Real Madrid and score all the goals.

MULLER ON MAN UNITED MOVE
Remember a couple of years ago when Thomas Muller was linked with a move to Manchester United? Well, so does Muller and he’s been talking about it in an interview with Kicker:

“There was a stage when the subject arose two years ago when I considered it, but then the club immediately backed me and I was told I belong here.

“I didn’t have to think about it a great deal after Bayern said we are counting on you and that you are an important man for us.”

Muller was also asked whether he could see himself leaving Bayern Munich in the future:

“At the moment, I don’t think it’s going to happen because I am very happy here. However, I’m not saying that somewhere different in the world definitely wouldn’t be my thing either.

“If life takes you somewhere else then I would make myself at home there as well. I would follow the same principle as here, enjoying as many good things as possible every day.”

It doesn’t take a giant leap to think that Manchester United might well be able to get their man in the future. The bigger question is how far Muller’s star has fallen in the last couple of years, and therefore whether United would still want him.

AND THE REST
Zlatan Ibrahimovic had no intention of snubbing Manchester United for a return to Italy this summer… Demarai Gray is close to signing a new £50,000-a-week contract… Real Madrid have joined Liverpool in the race for 21-year-old RB Leipzig forward Timo Werner… Sporting Kansas City defender Erik Palmer-Brown, 20, has signed a pre-contract with Manchester City.