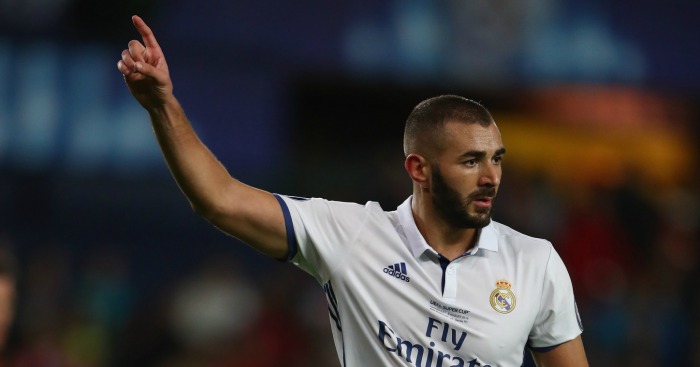 BENZEMA OFF TO ARSENAL (AGAIN)
This comes from Merca Football, and who doesn’t trust everything Merca Football say about Arsenal? We have put their headline through Google Translate and come up with the following: ‘Arsenal again by Karim Benzema.’ And the piece begins: ‘Arsene Wenger will load next summer to try to gain the services of the French striker, virtually ruled out if Real Madrid can not sign for the sanction of the FIFA operation.’

So there we go. Arsenal will return for Benzema for the 14th time and this time they will offer £40m. But none of this will happen unless Real Madrid get their FIFA transfer sanction lifted, as they will not be able to buy a replacement.

Wonderfully, the piece in Merca Football is written by one Miguel Angel. He probably lives in Basildon.

SAINTS WANT BEN ARFA
‘Southampton could offer Hatem Ben Arfa an escape from Paris Saint-Germain in the January transfer window,’ says the Daily Mirror, who have noted that Ben Arfa was managed by Saints manager Claude Puel at Nice last season. Ben Arfa has been left out of the last three PSG match-day squads by Unai Emery. But his teammates still like him…

“We all want him to be the Hatem we saw last season, as he did very well with Nice,” said Thiago Motta after Tuesday’s 3-0 win over Dijon. “There is a team and he is part of that team. We will support Hatem until the end. It is not easy for the coach to make his decisions. Hatem, the advice I can give him, is to continue to work hard.”

AND THE REST
Man City midfielder Yaya Toure is free to join another Premier League rival in January…Everton are targeting the double signing of Norwich twins Josh and Jacob Murphy…Sevilla are the latest club to be linked with Chelsea midfielder Cesc Fabregas…Manchester United are planning a £42m bid for Real Madrid defender Sergio Ramos.