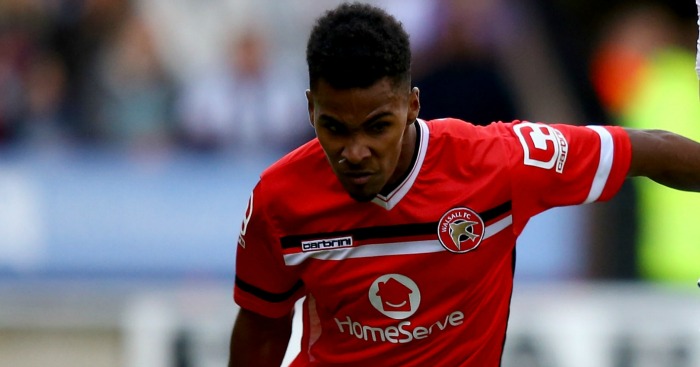 BIG GUNS TRACK ‘NEW COLE’
Manchester City, Arsenal, Tottenham and Liverpool are watching a player described as “a young Ashley Cole”, according to the Daily Mirror.

The player in question is 18-year-old Walsall defender Rico Henry. Henry is left footed and can play all down the left side and the big guns have all sent scouts to track the player who has scored twice this season.

The Saddlers have been shrewd though and as soon as the scouts starting arriving they tied the youngster to a new contract until 2018 to secure his value. Boss Dean Smith said: “If I were to liken him to anyone it would be a young Ashley Cole.”

NAPOLI HEAD QUEUE FOR JESE
Reported Liverpool and Arsenal target Jese is the No. 1 transfer target for Serie A side Napoli, according to talkSPORT.

The Italian club have been scouting the Real Madrid forward, who has struggled to get game time for the La Liga big guns this season.

Napoli boss Maurizio Sarri sent scouts to watch 22-year-old Jese in midweek action against PSG and they remain keen on the player, who has been interesting Liverpool and Arsenal.

The 20-year-old Lech Poznan player is also on the radar of Manchester City, but such has been the start of Claudio Ranieri’s Foxes they fancy their chances of luring the Znin-born Linetty to the King Power Stadium.

Linetty, who has more than 70 appearances for Poznan, has amassed five caps and is likely to feature for Poland at Euro 2016.

AND THE REST
Manuel Pellegrini will not stand in Patrick Vieira’s way if he wants to take the New York City job…Fulham, Huddersfield, Rotherham, Bolton and Burnley are chasing Hibs striker Jason Cummings…Arsenal have been linked with Benfica sensation Goncalo Guedes, who is also a transfer target for Manchester United…Arsenal manager Arsene Wenger said he was “a bit angry” when he discovered the club had let Tottenham striker Harry Kane, 22, leave as an 11-year-old…Chelsea midfielder Willian claims manager Jose Mourinho’s stadium ban will not make a difference when the Blues travel to Stoke on Saturday…Chelsea are prepared to let highly rated midfielder Charly Musonda, 19, leave on loan in January…Newcastle boss Steve McClaren has tipped Bournemouth counterpart Eddie Howe to be a future England manager…Southampton midfielder James Ward-Prowse, 21, believes it is getting harder for the Saints’ academy players to break into the first team because the quality of the squad is so high…Stevenage boss Teddy Sheringham admits he probably would have been sacked by now had he been in charge of a Premier League club. His side are 20th in League Two.