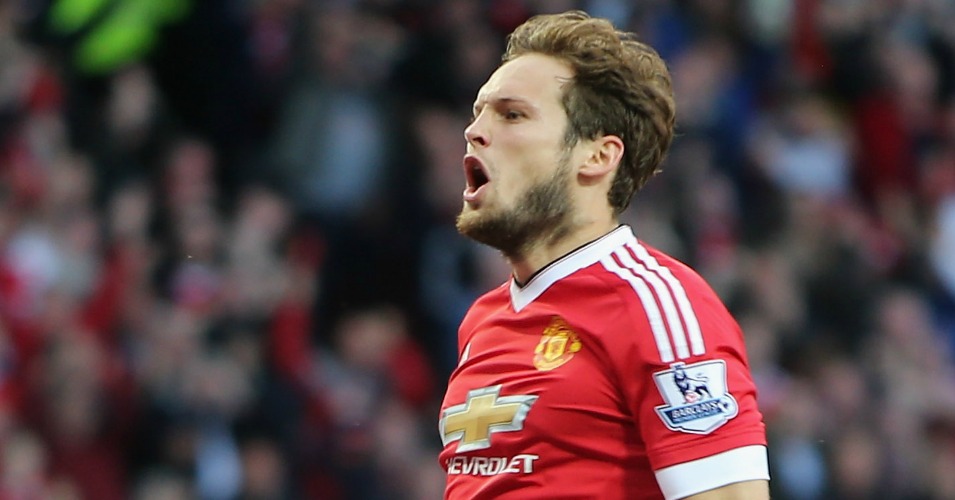 CITY KEEPER TALK
Poor Joe Hart. What’s good enough for Roberto Mancini and Manuel Pellegrini is, unfortunately for the England international, not quite good enough for Pep Guardiola. The New City Order is upon us, and no player is safe, not even a Premier League title-winning first-choice goalkeeper.

The 29-year-old was, of course, dropped for City’s opener against Sunderland on Saturday. According to the Daily Mirror, he is now ‘convinced’ that Guardiola wants him out, a situation which has left him ‘devastated’. David Anderson and John Cross combine to tell us the following:

‘Guardiola does not believe the 29-year-old can be the sweeper-keeper he wants, and is also understood to have concerns about his confidence and mentality.’

Everton and Sevilla are interested in the man who has spent the last decade with City. The club are considering Claudio Bravo of Barcelona and Rui Patricio of Sporting Lisbon as potential replacements.

FONTE IN, BLIND OUT
Over to the other side of Manchester now, where Jose Mourinho still wants one more defender at United. Raphael Varane could be that man. So could Jose Fonte.

According to ESPN, Southampton defender Fonte has been the subject of ‘informal talks’ between the two Premier League clubs, and an £8m bid could soon be registered.

‘Jose Mourinho is intent on signing an experienced defensive leader,’ and this one is much cheaper than Leonardo Bonucci.

The Portuguese admitted he was “flattered to be associated” with United at the weekend, so that’s something.

Elsewhere in the world of United’s defence, Daley Blind is a wanted man. Inter Milan are interested in the Dutchman, whose place in the squad remains to be seen when Chris Smalling returns to the set-up.

Of course, Inter’s current manager is Frank De Boer, who said at the weekend: “I like him as a player for sure, he’s fantastic. He is very happy at Manchester United, though, and played in the Community Shield. I know his situation and I think he’s very happy and playing with confidence, but we’ll see in the future.”

ANDY AND CHRISTIAN
Let’s end with some updates on large strikers who have struggled at Liverpool. Slightly niche, I grant you.

First, Christian Benteke. On Sunday evening, Sky Sports broke the not-so-new news that West Brom want the Belgian. We’re pretty sure we heard that rumour ages ago. They do add that Liverpool will not accept anything less than the £32.5m they signed him for, however.

And if Benteke does move to The Hawthorns, that means Crystal Palace miss out. Their reaction would be to press ahead with a move for Andy Carroll.

‘Carroll is believed to be keen to move on,’ according to the Daily Express, who add that ‘his chances will be limited’ after West Ham have signed Andre Ayew and Jonathan Calleri this summer. We sincerely doubt that.

AND THE REST
Barcelona are ready to offer Luis Suarez competition in attack by attempting to land Valencia striker Paco Alcacer…Everton have had a £21m bid for former Blackburn Rovers flop Nikola Kalinic rejected by Fiorentina…Manchester United manager Jose Mourinho said midfielder Juan Mata, 28, had a future at the club after scoring in their Premier League opener against Bournemouth…Tottenham right-back DeAndre Yedlin is wanted by Derby County and Hull City…Everton are lining up a £15m move for Valencia centre-back Aymen Abdennour…Tottenham are considering a £13m bid for Sporting Lisbon midfielder Adrien Silva, 27, should Dane Christian Eriksen, 24, leave…Galatasary want to sign Marouane Fellaini and John Obi Mikel before the summer transfer window closes…Inter Milan are weighing up an audacious approach for Arsenal star Alexis Sanchez…Everton have had an £8.6m offer for Lyon winger Rachid Ghezzal turned down, and the 24-year-old is keen to stay in France…Aston Villa are looking to snap up Chelsea striker Patrick Bamford on loan this summer…Yannick Bolasie has said farewell to his Crystal Palace team-mates and travelled to Merseyside for a medical to complete a move to Everton…Watford are interested in 22-year-old Juventus midfielder Mario Lemina, who Arsenal have bid £14m for…West Brom manager Tony Pulis is worried his team is ‘stagnating’ and wants to invest in new players quickly…Newcastle will send midfielder Henri Saivet, 25, on loan to St Etienne…The Magpies are considering a bid for Sheffield Wednesday striker Fernando Forestieri, 26. The Italian refused to travel to Wednesday’s Championship game against Norwich.