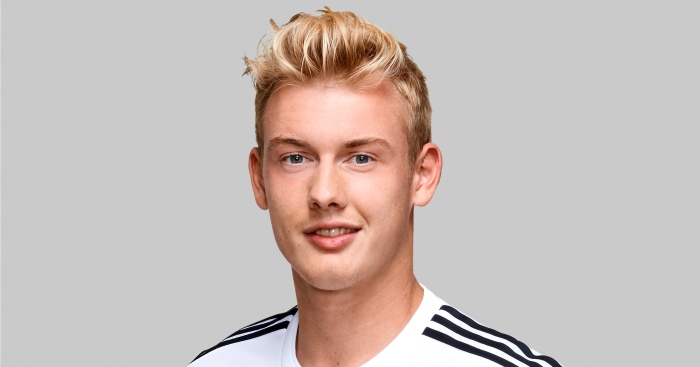 FEK THIS, WE’LL GET BRANDT INSTEAD
Now that the whole Nabil Fekir thing is consigned to the past, the Daily Star tell us that Liverpool ‘could reignite their interest in Bayer Leverkusen winger Julian Brandt’. Well they could. There is no sense at all that the Star have any insight into this matter, with the word ‘could’ appearing no fewer than five times in what is a rather short story.

Apparently, Liverpool ‘could do worse than reigniting his interest in Brandt’ and ‘could test the water with a speculative bid’. Well they could. But they absolutely might not.

MAN UNITED TARGET TWO STRIKERS
Jose Mourinho is apparently ‘convinced he needs another striker’, which is not good news for Marcus Rashford. The Manchester Evening News claim that Mourinho wants a ‘like-for-like’ alternative to Romelu Lukaku, which rules out both Rashford and Anthony Martial (linked with Bayern Munich this weekend).

The two names mentioned in this latest report are Mario Mandzukic and Marko Arnautovic. The former is perfect back-up material, being 32 and ready for a final challenge after three seasons and three Serie A titles with Juventus. He would presumably come considerably cheaper than the £50m supposedly being demanded by West Ham for Marko Arnautovic.

ARSENAL BACK FOR PAVON?
Arsenal bid £27m for Argentine forward Cristian Pavon in January and remain keen on the Boca Juniors man, according to reports in Spain. Hmmm, forgive us while we raise our eyebrows and look a little cynical. It seems a tad odd that a Spanish outlet (AS) would have the inside track on the transfer movements of an English club for an Argentine player.

Pavon has been at the World Cup with Argentina – though he looked overawed in the last-16 defeat to France – and apparently there is likely to be more European interest in the 22-year-old, though Arsenal remain interested in a player apparently seen as a long-term replacement for Alexis Sanchez.

AND THE REST
Wolves are trying to sign Porto and Colombia midfielder Juan Quintero…Southampton will beat West Ham in the race to sign Barcelona defender Marlon Santos…West Ham and Fulham are locked in a £25m battle for Nice’s French striker Alassane Plea…Newcastle are considering a bid for Crystal Palace’s English winger Andros Townsend…Matej Vydra is edging towards a £11m move to Leeds.