Home All The News Gossip: Cahill, Ivanovic, Matic can sod off 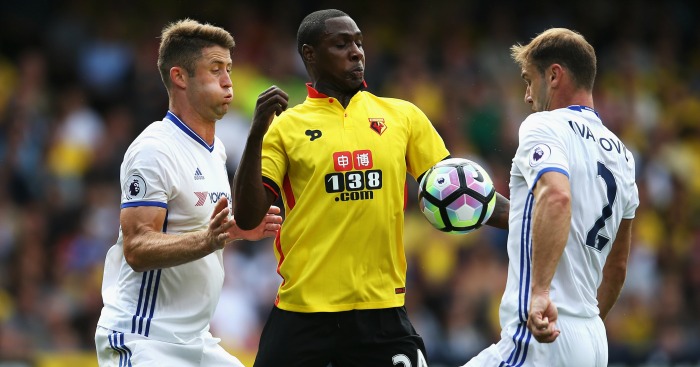 CONTE DEMANDS ‘DISMANTLING’ OF CHELSEA
Clearly Antonio Conte had no idea just how bad Chelsea could be before he took over at Stamford Bridge. To be fair, last season should have given him some indication. But it’s only now – and convincing defeats to Liverpool and Arsenal – that he has spotted that he has a quite-considerable problem.

According to The Times, Roman Abramovich has agreed – after three days of talks – to basically rip it up and start again in January. In the firing line are thought to be Branislav Ivanovic, Gary Cahill and Nemanja Matic, but there will be others.

OZIL EYEING REAL MADRID
We brought you the ‘news’ from Bild yesterday that Mesut Ozil has a couple of conditions before he signs a new Arsenal deal, but what we did not mention is that he threatening to bugger off back to Real Madrid. Do Bild realise that Real Madrid will want some kind of say in this?

LIVERPOOL WANT ‘NEXT ZLATAN’
Well, he’s Swedish and he scores a lot of goals – seven in total this season for AIK Solna and the same again for the Swedish Under-17 side. For Alexander Isak is only 17 and attracting a fair amount of interest.

The clubs who have watched him in action are – according to Spanish newspaper Sport – are Liverpool, Real Madrid, Barcelona, Bayern Munich and Leicester. So all the biggies.

AND THE REST
Matheus Marcosi is on trial at Manchester United…Manchester United, City, Liverpool, Chelsea and Arsenal are all interested in Charlton centre-half Ezri Konsa…Southampton are ready to move for PSV star Luciano Narsingh.