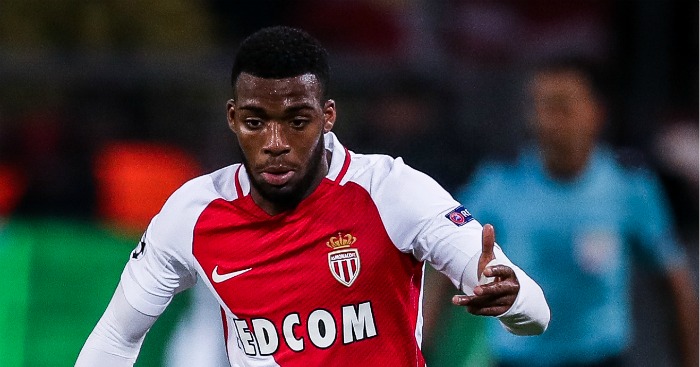 Fast forward to this week, and it appears that Carrick is going absolutely nowhere. Maybe he likes getting paid for doing sod all – don’t we all?

According to ESPN, Carrick has no plans to leave Manchester United in January despite not playing any football this season. They confirm that those three clubs have made enquiries, but that Carrick is happy to stay and that Jose Mourinho is happy to have him.

ARSENAL VS LIVERPOOL FOR LEMAR?
It was the transfer saga of transfer deadline day, with Arsenal reportedly having a bid accepted for Thomas Lemar of Monaco, but the player himself not fancying the move.

Now the Daily Mirror reports that Arsenal will have some competition if they want to follow up that interest next summer, and that comes as no surprise. They report that Arsenal are still interested in Lemar, but that Barcelona and Liverpool will challenge Arsenal.

The Mirror also say that Lemar is confident of commanding £250,000 a week in wages when he moves. That’s a lot of sweets.

ARSENAL AND CHELSEA WANT FORMER LIVERPOOL GOALKEEPER
Arsenal are really odd with their goalkeepers. They sold Wojciech Szczesny for a relative pittance to Juventus, and now we hear that they are looking for a new goalkeeper next summer. Was it really not worth giving Szczesny a go this season if Petr Cech was so obviously coming to the end of his career?

Anyway, ESPN say that both Arsenal and Chelsea are keeping tabs on RB Leipzig goalkeeper Peter Gulasci, formerly of Liverpool. Since leaving Anfield, Gulasci has transformed into one of the best goalkeepers in the Bundesliga.

The kicker is that Gulasci qualifies as homegrown from his time with Liverpool, and so would be a damn useful addition to any squad. Plus he can save a football, which makes him more useful than David Ospina.

AND THE REST
Schalke have made a huge final offer to Leon Goretzka to try and persuade him to stay… Sam Allardyce wants a bumper contract and his own backroom staff if he is to join Everton… Inter Milan are set to beat Everton to Thomas Vermaelen… Neymar has secretly been negotiating a move to Real Madrid ever since he joined PSG… Chris Coleman has held talks over an extension to his Wales deal.