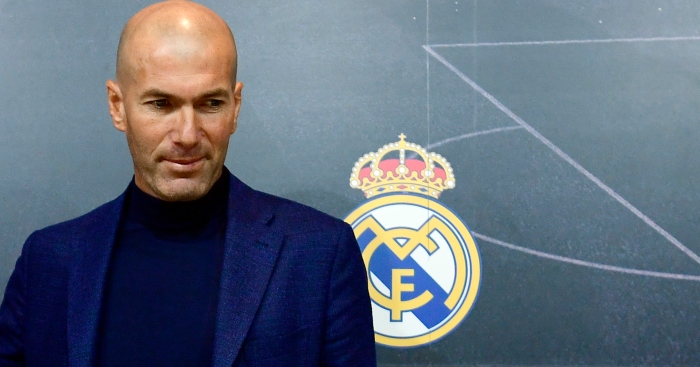 TRANSFER BAN WON’T STOP CHELSEA AXING SARRI
Given their appeal is likely to push the sanction back to next year, giving them plenty of time to prepare, Chelsea’s transfer ban is unlikely to have a hugely detrimental effect on the Blues’ future plans. It might cost them a few more quid which they make approaches for players this summer, but Roman Abramovich has got a few bob.

It was initially thought that the punishment would force Chelsea to reconsider whatever plans they may have had to sack Maurizio Sarri, but the looming ban apparently isn’t enough to deter Zinedine Zidane. The Sun reckons he is still keen on the job at Stamford Bridge and should he take over from Sarri, the former Real Madrid coach will get £200million to blow this summer.

The story also suggests what Zidane’s Blues might look like, with £291million of reinforcements in the shape of Kalidou Koulibaly, Alex Telles, Mauro Icardi and Isco. Okay…

The Telegraph suggests Chelsea might look a little closer to home for a new manager, with Steve Holland being very visible around the club this week. Apparently, the Blues reckon the FA owe them a favour after they allowed Holland to work part-time with England before he left to assist Gareth Southgate on a full-time basis.

BAYERN RIVAL BLUES FOR RAKITIC
Whoever is managing Chelsea in the summer, it seems the club are keen to present the coach with a shiny new Ivan Rakitic.

The Sun reckons the Blues are in for the Barcelona midfielder, but they have got serious competition in the shape of Bayern Munich. Apparently Bayern are willing to meet Barca’s £44million asking price for Rakitic, who is concerned for his prospects Frenkie De Jong making his way to the Nou Camp in the summer.

RABIOT RECKONS MUM DOESN’T KNOW BEST AFTER ALL
Another midfielder who was hoping to join Barcelona this summer is Adrien Rabiot. The PSG star will be a free agent and there is plenty of interest around the 23-year-old, but Barca’s is apparently waning.

Rabiot has taken it out on his Mum. Ma Rabiot also acted as her son’s agent but Le 10 Sport says her failure to secure a deal with Barca has led to her being ‘sacked’. Can you sack your mum?

AND THE REST
Arsenal have offered the job of technical director to Roma recruitment guru Monchi… Napoli are close to signing David Ospina from Arsenal on a permanent basis… Milan Skriniar is close to signing a new contract at Inter Milan… Bayern Munich are favourites to sign Nicolas Pepe from Lille… Everton have made an approach to PSG for right-back Thomas Meunier.