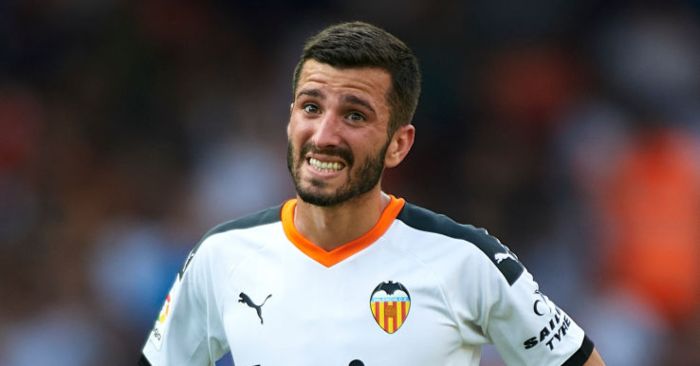 CHELSEA FULL-BACK IN THE MARKET
Look out Cesar Azpilicueta, if The Sun are to be believed, because Chelsea will be going into the market for a new right-back as soon as their transfer ban is lifted. Which, according to the same report, they’re hoping will be in January. By using the precedent of Manchester City’s recent avoidance of a ban for something very similar, they’re optimistic about shaving six months off and starting their defensive rebuild ahead of schedule.

Something which will begin with the pursuit of Youcef Atal, Nice’s widely admired right-back. He won’t be cheap though. Nice have recently been acquired by INEOS, Sir Jim Radcliffe’s company, so his former target Chelsea certainly won’t be cherry-picking Atal for a meagre fee.

Indeed, The Sun describe him as ‘£35m-rated’. Calciomercato, from whom they get the initial story, do not. The Italian outlet says Valencia are also interest – although their story consists of literally 19 words.

AND AGAIN
And talkSPORT think that Chelsea will also look to strengthen the other side of their back four too, with the signing of Jose Gaya from Valencia.

That one seems a little more far-fetched. It actually comes from a French website called Soccer Link, who say the Blues are ‘working upstream’ with ‘real interest’ in Gaya – although the move is only as far as ‘talks’ being held.

It’s not happening. Frank Lampard has been impressed with Emerson (and so he should be) since returning to the club, and he is widely believed to be on the verge of signing a new contract. And Marcos Alonso is still there, too, so Chelsea surely have other priorities. Particularly when Gaya has an £89.5m release clause.

BAYERN AND SELLING
No rest from the Leroy Sane-to-Bayern Munich story, even though the winger is currently laid up with a cruciate ligament injury. The Standard believe that Bayern will resume their interest once the player can feasibly pass a medical, but that City will try to head them off by offering Sane a new contract.

The injury seems to have actually changed very little, with the player still seen by Bayern as the perfect long-term replacement for Arjen Robben – perfect, really? – despite the signing of Ivan Perisic from Inter Milan.

Although it will be very difficult. City will naturally demand a lot of money for Sane, but relations between the two clubs were heavily strained by the events of the summer – Bayern getting bent out of shape by Pep Guardiola’s decision to play Sane in the Community Shield (during which he sustained his injury), and City becoming aggravated by how public the Germans were with their interest.

AND THE REST
Arsene Wenger regrets not signing Leo Messi (oh Arsene, stop it)… Nabil Fekir insists that his transfer to Liverpool didn’t break down over a dodgy knee… Henrikh Mkhitaryan did not enjoy his time in English football… Manchester City made a play for Martin Skriniar over the summer and might do again in January.