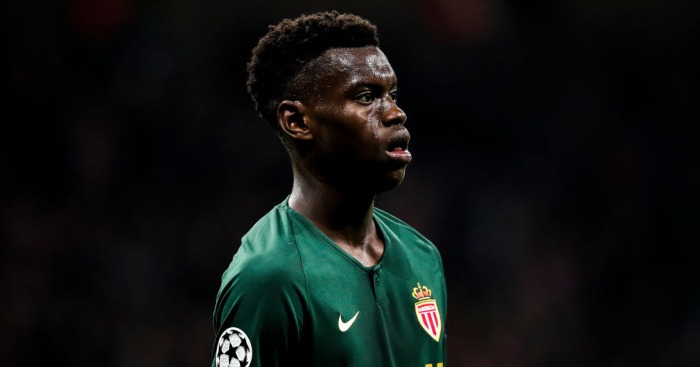 POPE NO.1
Frank Lampard has reportedly decided that Nick Pope is the best choice to replace Kepa Arrizabalaga as Chelsea’s No.1. Veteran goalkeeper Willy Caballero started the FA Cup final, as he did the last Premier League game of the season but at 38 he isn’t seen as a long-term option as first choice at Stamford Bridge.

Kepa has the worst save percentage in Premier League history. The £72milllion stopper has failed to inspire confidence in a shaky Blues defence. Pope, on the other hand, just missed out on the Golden Glove this season after keeping 15 clean sheets, one less than Manchester City’s Ederson.

But the 28-year-old has three years left on his contract at Turf Moor and won’t come cheap. The Daily Star claim an offer of around £50million will be needed to lure the England international to Stamford Bridge.

BADIASHILE ‘TRANSFER TALKS’
Manchester United have ‘entered talks’ with Monaco for their centre-back, Benoit Badiashile. The 19-year-old made 16 appearancs in Ligue 1 this season and is regarded as one of Europe’s most promising defenders.

United are said to have been tracking the progress of Badiashile for ‘some years’, but face competition from Real Madrid and Bayer Leverkusen who have also approached Monaco over a potential move.

A left-footed centre-back, Badiashile could form a solid partnership with right-footed Harry Maguire in the heart of the United defence. But it will take a bid of over £13.5million to prize the France U19 international from Monaco, who rejected a bid of that amount on Friday, according to TF1.

PSG BID FOR LIVERPOOL TARGET
Paris Saint-Germain are preparing a £27million bid for Bayern Munich star Thiago Alcantara. The Spain international has been heavily linked with a move to Liverpool after admitting he wanted to leave the Bundesliga giants this summer.

But Le10sport claims he is about to sign for PSG, as they have matched Bayern’s valuation for the midfielder. Jurgen Klopp’s side will now have to stump up at least the same amount to bring Thiago to Anfield, though that seems unlikely given their reticence to spend this summer, as well as the improvement of Naby Keita at the end of the season.