Home All The News Gossip: Chelsea to pay £56m for Vidal? 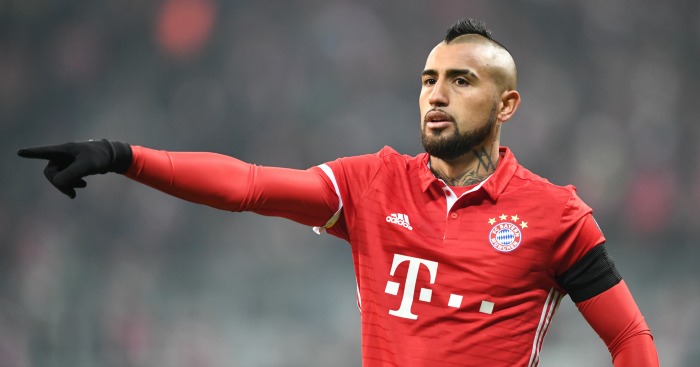 CHELSEA MOVE FOR VIDAL FOR £56M
Chelsea will launch a bid to sign Arturo Vidal from Bayern Munich this summer, according to reports in Chile. And apparently they are willing to match Bayern Munich’s £56 million asking price for the player they paid £25.5m to sign from Juventus under two years ago. That is a f*** of a lot of money for a 29-year-old. That would beat the record transfer fee for a 29-year-old, which was £46.7m for Zinedine Zidane.

Vidal is in regular contact with his old Juventus boss, who has previously said: “He has extraordinary physical and technical attributes, if I get to coach him a little more it’d be fantastic. I want him in all my teams.”

CHELSEA BID £27M FOR ‘NEXT YAYA’
To be fair to the Daily Star’s Paul Brown, he does not mention Atalanta midfielder Franck Kessie being remotely like Yaya Toure until his final paragraph, but the headline seizes upon the comparison with a headline of ‘Chelsea make £27m bid for the next Yaya Toure’. He’s a midfielder, he’s black and he’s from the Ivory Coast, you see.

Anyway, the Star have pretty boldly said that Chelsea are not only interested, but have made an actual bid of £21m – rising to £27m – for the midfielder. The bid has apparently been turned down, with Atalanta eyeing a bidding war in the summer. Manchester City, Manchester United and Arsenal have all been linked with Kessie.

In other Chelsea-Atalanta news, Gazzetta dello Sport believe Conte is also lining up a move for their right-back Andrea Conti, an Italian Under-21 international who is valued at around £13m, according to this site.

SAINTS MOVE FOR GABBIADINI
And no, we will never stop thinking Marco either. It’s actually Napoli striker Manolo Gabbiadini and Southampton have apparently offered £14million plus £3.5m in add-ons. And the Daily Mail seem to think that the move may actually be completed.

According to the Mail: ‘Napoli are now said to have lowered their valuation and Southampton will be desperate to push through a move in the final week of the window, with striker Charlie Austin out injured until at least April.

Gabbiadini has fallen down the pecking order at Napoli but has still scored five goals in 19 appearances this season, despite making only ten starts.

AND THE REST
Craig Gordon is the surprise name on a three-man shortlist drawn up by Chelsea as they consider whether or not to allow Asmir Begovic to join Bournemouth this month…Watford have agreed a loan deal for AC Milan’s 22-year-old French striker M’Baye Niang…Leicester are facing a major battle to keep record signing Islam Slimani, with Chinese club Tianjin ready to offer £40m for the 28-year-old Algeria striker…Forward Gaston Ramirez has handed in a transfer request to Middlesbrough amid interest from Leicester…Crystal Palace have agreed a £9m fee for Norwich winger Robbie Brady…Sunderland will rival their former boss Dick Advocaat, now manager of Fenerbahce, in the race to sign Stoke midfielder Charlie Adam…The Black Cats are also considering making a bid for QPR’s 30-year-old former Manchester City defender Nedum Onuoha.