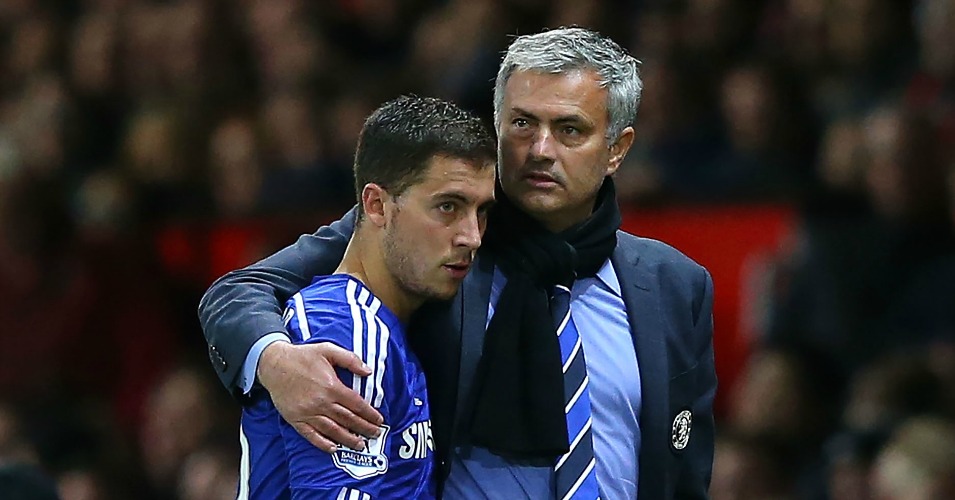 CHELSEA TRIO TO SPAIN
We won’t lie…it’s a sodding awful day for gossip. It’s almost like the football is more important than what may or may not happen in January. Or sooner than that in the case of Jose Mourinho, who could be sacked by Chelsea any day now (not that he’s worried. Oh no).

The word from Spain is that he could end up back at Real Madrid. And may be able to take Eden Hazard with him.

Former Real president Ramon Calderon said: “If he is not anymore in Chelsea, I think [current Real Madrid president] Perez would be really willing to bring him back to Real Madrid,” Calderon told beIN Sports.

On Hazard, he added: “They are looking at him and, as far as I know, he has not said no. We will wait and see.”

Elsewhere, Don Balon claimed (on Monday, but for some reason it was slow reaching these shores) that Barcelona like Diego Costa because he’s a fighter. You would think Luis Suarez already filled the role of the chippy f***er, but who are we to question?

We prefer to the rumour that Dirk Kuyt could join Barcelona. Though we are still holding out hope for a Manchester United move.

“It’s a big challenge for him but it’s a big opportunity,” said Wenger.

“I think they met Remi with the chairman (Randy Lerner) and they made their opinion.”

AND THE REST
Tottenham boss Mauricio Pochettino smiled when asked about rumours linking Harry Kane with Manchester United again…Shakhtar Donetsk’s Brazilian midfielder Alex Teixeira claims Chelsea are interested…Real Madrid’s 16-year-old midfielder Martin Odegaard wants a loan move in January and he could be coming to a Championship club near you.