Chelsea don't want to keep Kepa (because he is sh*te) and Spurs have a new Harry Kane... 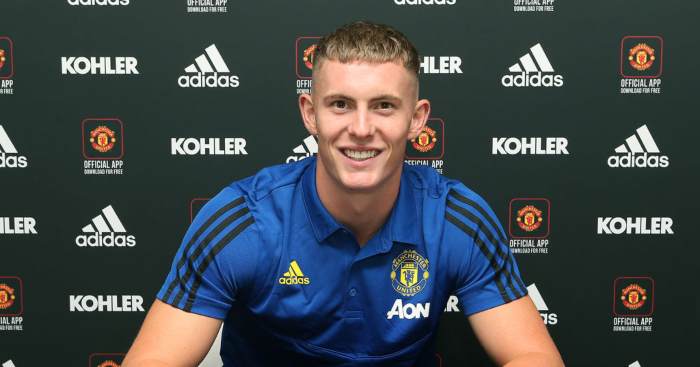 KEPA OUT, KEEPER IN
‘Kepa Arrizabalaga’s future as Chelsea’s No 1 goalkeeper is in doubt after the club began scouting for new signings,’ says The Times. And we all go ‘ooooh’. Well he has been frankly quite terrible.

So who are they scouting? Well The Times mention Burnley’s Nick Pope and Manchester United’s Dean Henderson. And by chance we have a fantastic piece about the latter right here.

WILLIAN, IT WAS REALLY SOMETHING
‘Willian José is the man who Jose Mourinho has selected to replace the injured Harry Kane,’ is how the piece in AS begins. And it does seem like the Brazilian striker is heading to north London. The 28-year-old has scored eight goals in 20 games and has a £60m release clause. But according to AS: ‘In the eventuality of a deal being struck between the clubs, the clause will not be paid.’

Of course it won’t. Spurs fans are – on the whole – underwhelmed.

Gedson + Willian Jose is NOT a good window.

To ask Willian Jose to lead the line for a UCL team is a very tall order.

Hope Levy has a showstopper up his sleeve.

PRICE NAMED FOR KURZAWA
‘Paris Saint-Germain are willing to allow Layvin Kurzawa to leave the club this month but are demanding a fee of at least €5 million (£4.2m) for the Arsenal target,’ says the Telegraph. We are confused by the ‘but’ because that’s not a lot of money and obviously PSG would want something; he is their player. But will that prove too much for Arsenal? There is a chance that they watched Bukayo Saka play quite excellently at left-back against Chelsea and decided that they don’t really need another.

According to the Arsenal guru that is David Ornstein last week, the club are ‘working on 3-4 loan / free / low fee deals (doesn’t mean will do all)’. That’s not how he talks – it was a tweet.

AND THE REST
Leicester City are close to a deal to sign Southampton centre-back Jannik Vestergaard…six Premier League clubs are said to be interested in Danny Rose…Arsenal’s teen sensation Gabriel Martinelli is in line to treble his wages by the end of the season…West Ham are interested in bringing former player Dimitri Payet to the club…West Ham have expressed an interest in Bournemouth’s Scotland international winger Ryan Fraser…Valencia are considering making a summer move to sign Argentina centre-back Nicolas Otamendi…Brighton are expected to complete a permanent £5m deal for Australian midfielder Aaron Mooy…Watford have made a bid for Reims’ in-demand Hassane Kamara.