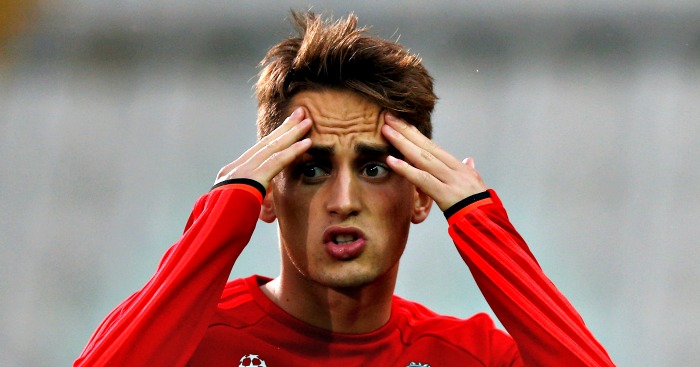 JANUZAJ TO JOIN DAVID MOYES AT SUNDERLAND
Remember Adnan Januzaj? Yeah, course you do, but you also get our point. After bursting onto the season and being linked with a £40m move to Paris St Germain, Januzaj has fallen so far off the radar at Manchester United that he will surely never make it big at the club.

The latest rumour (from the Daily Mail) is that Januzaj will go on loan to Sunderland, now managed by David Moyes. That makes a great deal of sense, given that a) Januzaj must perform on loan after the debacle at Borussia Dortmund last season, and b) Januzaj’s rise under Moyes was just about the only good thing about the Scotsman’s Old Trafford reign.

SWANSEA TO PAY £8M FOR PRITCHARD
This summer will not only be known as the Paul Pogba summer, when the world transfer record was or was not broken by the return of Alex Ferguson’s biggest mistake. It will also be the summer when fringe players in the Premier League moved to other English clubs for the kind of fees that made your eyes water.

Firstly we had Dwight Gayle’s £10m move to Newcastle. The we had Jordon Ibe joining Bournemouth for £15m, quickly to be followed by Brad Smith for £6m. Now reports suggest that Tottenham’s Alex Pritchard will move to Swansea for £8m.

Now let’s just get this straight. That would be £39m in fees for four players who started a total of 23 Premier League games last year. The rules have changed, people.

LIVERPOOL MAKE CHILWELL BID
Weird one this. Over the last two weeks we’ve been told that Leicester have rejected a bid of £7m from Liverpool for Ben Chilwell, been told that Liverpool won’t pay £10m and that Chilwell would like to stay at Leicester. A deal seemed dead in the water.

The Sun say that Liverpool will offer £8m for Chilwell, believing that the player wishes to join them after struggling for first-team minutes at Leicester. That’s lovely, but Leicester won’t accept the offer. We’ll tell you that now.

CUADRADO OFF TO MILAN
Finally, we have news of Juan Cuadrado, who could be heading to his fifth different Italian club in five years. Having played for Udinese until 2012, including a loan spell to Lecce, Cuadrado then moved to Fiorentina. Then sold to Chelsea, where he looked absolutely horrific, Cuadrado was loaned to Juventus. Now it’s Milan who are reportedly interested.

The kicker with this deal is that the loan deal would contain a mandatory option to buy. Sky Sport Italia and Calciomercato.com believe that the fee would be just under €30m.

Earlier this month, Antonio Conte said that Cuadrado would be part of his first-team squad this season: “Juan Cuadrado is a Chelsea player. He will come back very soon. He’s in our squad, I’m very happy to have him and train him. I wanted him when I was a coach at Juventus and he will come back very soon and train and play with us. Now, he’s a Chelsea player and he’ll stay with us.”

Was he just saying that to keep the fee high?

AND THE REST
Raphael Varane says he is not set for a reunion with former manager Jose Mourinho at Manchester United…Juventus are lining up a move for Chelsea midfielder Nemanja Matic, 27, as a replacement for Manchester United-bound Paul Pogba…New Liverpool signing Georginio Wijnaldum says manager Jurgen Klopp persuaded him to join the Reds, rather than Tottenham or Merseyside rivals Everton…Bournemouth manager Eddie Howe wants to buy a new central defender this summer.