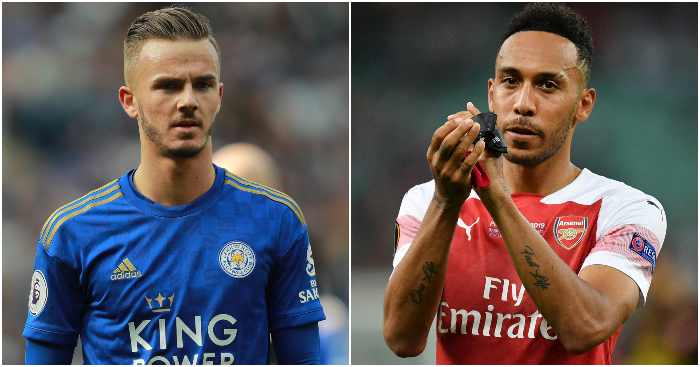 AUBA’S CHINESE TAKEAWAY?
Arsenal face a huge summer but losing Pierre-Emerick Aubameyang is certainly not part of the plan. So news of renewed interest from China in the Premier League’s joint-top scorer will be greeted with concern at the Emirates…

According to The Times, a couple of CSL clubs, believed to be Guangzhou Evergrande and Shanghai SIPG, are lining up an offer worth £300,000 a week to Aubameyang. It is by no means the first time Chinese clubs have tried to tempt the Gabon centre-forward, with a £62million move to Guangzhou Evergrande collapsing just a few weeks before he joined Arsenal in January 2018. Prior to that, Tianjin Quanjian had agreed to pay £71 million for Aubameyang but the window closed before a deal could be completed.

Arsenal need to cut costs and a new contract for the 30-year-old, who has two years left on his current £190,000-a-week deal, is way down the list of Unai Emery’s priorities. If Aubameyang fancies it, the Gunners may have a problem.

WOODWARD HEADS DOWN MADDISON AVENUE
It threatens to be a similarly rough summer for Manchester United. Whomever is making the decisions at Old Trafford has flip-flopped again and, according to The Independent, James Maddison is their new priority this summer.

Apparently, United are in pole position to land the 22-year-old who may cost £60million if he chooses to leave Leicester (who could be really good next season). The Red Devils haven’t submitted an official bid just yet and their interest remains at ‘the early stage of enquiries’ but the creative midfielder certainly fits United’s criteria of being young and British.

Duncan Castles reiterates a similar line in the Daily Record adding, though, that Maddison is said to ‘hold reservations about the absence of Champions League football’. Given City, Tottenham and Liverpool are all said to be sniffing, the former Norwich midfielder could be forgiven for swerving United right now.

UNITED TARGET FRANCE STOPPER
United are also looking for a goalkeeper in case David de Gea cuts and runs this summer and Castles reckons Woodward has made an enquiry for Lille stopper Mike Maignan.

The Ligue 1 runners up want £31million for the 23-year-old who has recently been named in the France squad for the first time. They were looking for £22million but, of course, the price went up when Woodward’s call came through.

United have turned to Maignan after having an offer rejected for Ajax keeper Andre Onana. Maignan is also being eyed by Ajax as a possible replacement should United stump up £35million for Onana. Either way, Lille will probably be quids in.

AND THE REST
Watford boss Javi Gracia is under consideration by Chelsea as as a replacement for Maurizio Sarri… Real Madrid are sending a representative to London to make a final push to sign Eden Hazard… Man City and Man Utd are still fighting a £120m battle for Benfica midfielder Joao Felix… Juventus are back in for Paul Pogba… Bayern Munich have offered £80m for Bayern Leverkusen midfielder Kai Havertz… West Ham have increased their offer to £20m for Barcelona midfielder Andre Gomes… Cardiff have rejected an £8m bid from Aston Villa for keeper Neil Etheridge.