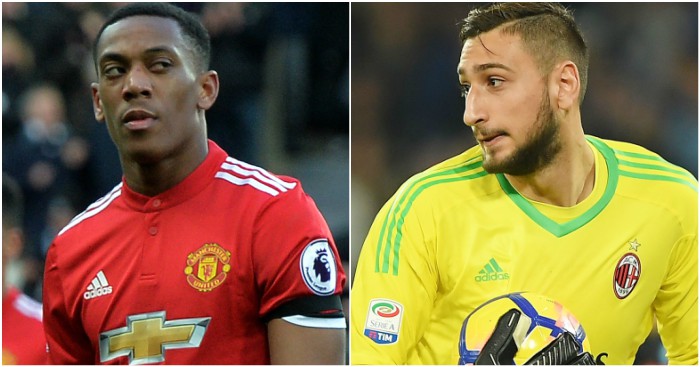 PEP TO PUT PEN TO PAPER
Pep Guardiola has apparently agreed a new contract with Manchester City – but the manager wants to wait until he’s won a trophy before the agreement is announced.

Guardiola’s initial City deal is due to expire at the end of next season but numerous outlets are reporting that negotiations over four months have resulted in a new agreement for a further two years.

Pep’s salary will reportedly rise by £3million a year to almost £20million and the manager is keen to ensure that his backroom staff receive the save percentage increase.

The former Bayern Munich boss gave no guarantees that he would stay for any longer than the three years he signed up for in 2016, but the Catalan is said to have been impressed by City’s determination to extend their commitment.

City could announce the agreement if they win the Carabao Cup tomorrow. Because, for some reason in this case, that matters…

MARTIAL LEFT WAITING FOR NEW DEAL
Anthony Martial is said to be surprised at not yet receiving an offer to extend his contract at Man Utd.

According to RMC Sport, the France forward’s representatives met with United in December and were told an offer would be forthcoming. But still they are waiting.

Martial should not be too surprised. His current deal has 18 months left to run and United retain an option to extend the contract for a further year. So, from the club’s perspective, there’s no hurry.

But because of United’s lack of urgency and Alexis Sanchez’s arrival, the 22-year-old, apparently, isn’t feeling the love. As we’ve seen before, when Martial sulks, United have a problem. Tottenham, Inter Milan and Real Madrid are keeping tabs.

PSG EYE NEW KEEPER
Mino Raiola looks set to have another fruitful summer, with Paris Saint-Germain said to have identified Gianluigi Donnarumma as their next No.1.

Even if they could probably play without one in Ligue 1, PSG are looking to upgrade their goalkeeper and though they were put off from paying the 100million euros it would have taken to prise Jan Oblak away from Atletico Madrid last summer, they are ready to spend big this year.

Alisson is on their list but, according to AS, their primary target is AC Milan’s teenage star Donnarumma.

The 18-year-old, perhaps prematurely, has been labelled as ‘the new Buffon’, but he has endured a rocky relationship with the Rossoneri, having initially refused to commit to a new deal before eventually signing it, prior to then expressing his regret over doing so.

So if PSG are willing to stump up a load of cash, there are unlikely to be many tears shed over Donnarumma’s departure.

Real were said to be keen on Donnarumma but their focus is on David de Gea and Thibaut Courtois.

AND THE REST
Manchester United have stepped up their interest in signing Nice midfielder Jean Michael Seri…A number of Premier League clubs are tracking FK Ostersunds striker Saman Ghoddos…Newcastle are interested in Galatasaray midfielder Garry Rodrigues…PSG are reportedly preparing a mega bid for Real Madrid strike target Mauro Icardi…Juventus have reached an agreement to sign Manchester United full-back Matteo Darmian in the summer…La Liga giants Atlético Madrid are monitoring the situation of West Ham United defender Reece Oxford…AC Milan have targeted Borussia Dortmund playmaker Marco Reus and Real Madrid star Dani Ceballos…Chinese Super League side Dalian Yifang are chasing Atletico Madrid striker Fernando Torres…Arjen Robben is in talks with Bayern Munich about signing a deal with the club which would see him retire in Bavaria…Barcelona have decided not to follow up their interest in Lyon skipper, and £45m Arsenal target, Nabil Fekir.