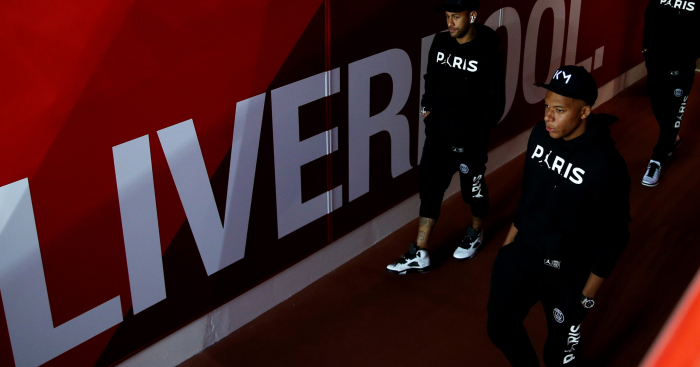 CITY TO BREAK THE BANK FOR MBAPPE
Pep Guardiola has apparently identified the player who can turn Manchester City into Champions League winners – and he wants to break the world transfer record in January to get him.

That is the claim of the The Sun, which reckons City will make a £200million offer to PSG for Kylian Mbappe.

It comes less than a week after UEFA said it was reopening its FFP investigation into the French champions and that is what the story seems to hinge upon. Because, otherwise, why the hell would PSG go near that deal?

PSG signed Mbappe in the summer for £162million in a deal that was arranged a year previously. If they would have been made to negotiate on the back of France’s World Cup victory, then Mbappe, not Neymar, would already be the world’s most expensive player. If Man Utd want £200million for Paul Pogba, PSG could reasonably expect another £50-100million on top of that. Which is all rather mental when you stop to consider the figures being chucked around…

City have got FFP concerns of their own and to fund any such deal, they would have to sell an asset or two. Raheem Sterling is the most likely fall guy, with contract negotiations between City and their England star not going well.

RAMSEY THE RED?
Speaking of stalled negotiations, it seems Aaron Ramsey is heading for the Arsenal exit door. And Liverpool are keen to capitalise on the Gunners’ failure to tie down yet another key player.

The Sunday Mirror reckons the Reds made an approach for Ramsey in the summer which was rebuffed by Arsenal, with the club still keen to get the Wales star to commit beyond the current season.

But Arsenal’s absence from the Champions League is leading to some cost-cutting measures and, according to The Mail on Sunday, as a consequence, Ramsey’s new contract is being shelved.

So Jurgen Klopp is back on the case and Ramsey is said to be excited at the prospect of linking up with the German manager, as well as former team-mate Alex Oxlade-Chamberlain.

Liverpool aren’t the only club sniffing – Juventus love nothing more than a free midfielder and Ivan Gazidis will recommend that AC Milan make a move once he’s got his feet under the table at the San Siro.

AND THE REST
Barcelona want Paul Pogba but not until next summer… Chelsea could sell Alvaro Morata to Juventus in January… John Terry is set to become manager of the Chelsea’s under-23s… Ex-Manchester United and Chelsea chief executive Peter Kenyon is trying to form a consortium to buy Newcastle… David Luiz says he would have left Chelsea in the summer had Maurizio Sarri not replaced Antonio Conte.