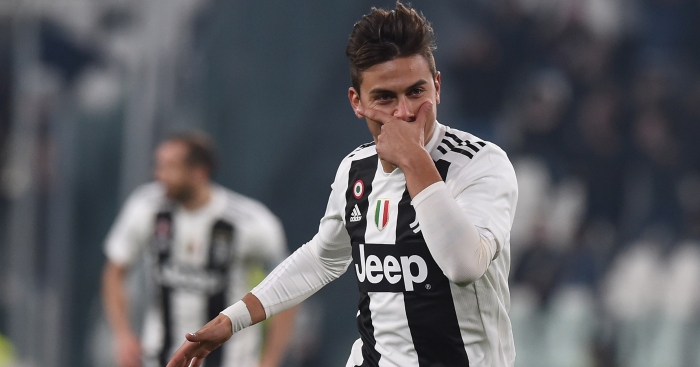 BEN > BENJAMIN
Ben Chilwell is good. Perhaps even great. And he might be brilliant one day. But for him to potentially become the most expensive defender in football history seems a little weird. The Daily Telegraph report that if Manchester City want the Leicester left-back, it ‘is likely to take a fee in excess of’ Virgil van Dijk’s £75m.

Chilwell is ‘a prime target’ for the Premier League champions and leaders, who have grown tired of Benjamin Mendy’s injuries, and probably his weak Twitter game too. But the 22-year-old Fox has more than five years left on his King Power contract, comes with the English premium and has shown no signs of wanting to leave a club who will not want to sell. Leicester held out for £60m for Riyad Mahrez, and drove a bargain so hard for Harry Maguire that it almost brought Jose Mourinho to tears.

A fee greater than £75m therefore does make sense for Leicester, albeit perhaps not for City. They will be too busy offering £150m plus John Stones and Nicolas Otamendi for Van Dijk himself.

HE F***ED WITH THE WRONG DYBALA
From one completely reliable source – James Ducker of the Telegraph – to another. Daniel Cutts is the man in the know when it comes to Manchester United transfer exclusives for The Sun that only make the website and not the newspaper. It’s a fine niche.

He claims that United are putting plans into place for the potential departure of Romelu Lukaku, who no longer seems to be potentially departing. The club have ‘already enquired about how much it would cost’ to sign Paulo Dybala to replace the Belgian.

‘The 25-year-old has been earmarked by the United hierarchy as the man to take Old Gunnar Solskjaer’s men to the next step and challenge for the Premier League title,’ he adds, which makes absolutely no sense as the deal apparently hinges on whether Lukaku is sold or not.

But that is just a matter of time, as ‘Old Trafford insiders have indicated the club feel he is not the man to take them to the next level in the Champions League’.

Lukaku ‘would cost around the £75m United paid’ in the first place (he wouldn’t), while Juventus ‘would be willing to sell’ Dybala if someone offered £120m. Again, that seems fanciful.

We look forward to Lukaku calling this out again.

TAIWO CRUISE
In other news, Liverpool might be getting £10m for a striker who has never played for them. Lovely.

The Liverpool Echo (among others) say Schalke are ‘ready to tempt’ the Reds into selling Taiwo Awoniyi, who only signed a new contract last summer. The striker has been on loan with Belgian side Mouscron since January, scoring six goals and assisting two in seven Jupiler League appearances.

That has been enough for Schalke to solidify their interest in the 21-year-old, and they ‘have contacted Liverpool’ over a permanent move.

The Reds would want around £12.9m for a forward who is wanted by a number of French and Belgian clubs, as well as Schalke’s German rivals Mainz.

AND THE REST
Chelsea are interested in recruiting French club Lille’s sporting director Luis Campos, who has also been linked with a boardroom role at Manchester United… Manchester City could pocket a £15m windfall if Borussia Dortmund winger Jadon Sancho becomes the latest £100m footballer this summer. Manchester United are interested in the 18-year-old… Leicester City boss Brendan Rodgers knows he could face a fight to keep Harry Maguire this summer, with Manchester United interested in the England defender, 26… Contract negotiations have started between AC Milan and their 20-year-old goalkeeper Gianluigi Donnarumma. Milan are keen to extend the Italian’s contract to 2024 at the earliest.