Home All The News Gossip: City to repeat Sanchez mistake…because of Arsenal?

Remember when City thought they had a deal for Sanchez tied up? History might be about to repeat itself. 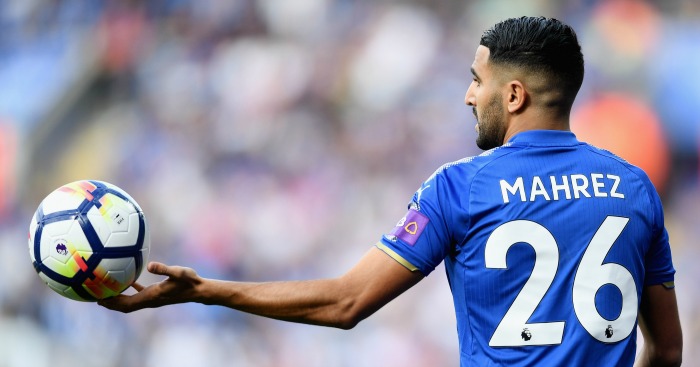 RIYAD TO NOWHERE
Remember when Manchester City thought they had a deal for Alexis Sanchez pretty much wrapped up, then the Chilean went on to sign for Manchester United instead? History might be about to repeat itself.

The Premier League leaders were the only club to bid for Riyad Mahrez in January, but failed to push the move through before the deadline. It is thought they will come back in again for the Leicester winger, but they will face competition from Arsenal. Are City about to repeat their Sanchez mistake?

The Daily Star on Sunday report that Arsene Wenger ‘has regularly made checks’ on Mahrez, including on ‘how he trains’. Which right now is not very well at all.

Manchester United and Chelsea are also linked with the Algerian, but this could be a straight shootout between Arsenal and City.

JUSTIN TIME
The story is that Manchester United ‘are in advanced talks’ to sign Justin Kluivert from Ajax, and that the Premier League club are willing to part with £10million plus add-ons for the striker.

But the best part is that John Richardson of the Sunday People says ‘Manager Jose Mourinho has known the teenager since he was a little boy, when he would come to Barcelona with his dad, Dutch star Patrick.

‘In those days Mourinho was a coach at the Nou Camp and has taken a special interest in Kluivert junior’s development.’

BROKEN HART
Joe Hart appears to be a cat, because the rumour is that he will land on his feet in the summer. His West Ham loan has hardly gone to plan, having been dropped for Adrian. He also has no long-term future at parent club Manchester City. Yet Chelsea want him.

The Sun claim that Chelsea ‘fear’ Thibaut Courtois will not sign a new deal with the club, and with one year remaining on his current contract the reigning champions have set about making contingency plans. One is for Hart to replace him.

They report that Hart ‘is in the frame’ to move to Stamford Bridge in the summer, when Chelsea are ‘expected to trigger interest’. Whatever that means.

AND THE REST
Chelsea owner Roman Abramovich is considering paying Maurizio Sarri’s 8m euro (£7m) release clause to appoint the Napoli coach as his club’s next manager… Real Madrid are prepared to raise Cristiano Ronaldo’s salary to 30m euros a year from this summer, putting the 32-year-old Portugal forward alongside Neymar in terms of annual earnings… Napoli have joined the pursuit of Mauro Icardi, the 24-year-old Inter Milan and Argentina striker who has been linked with Manchester United and is wanted by Real Madrid.