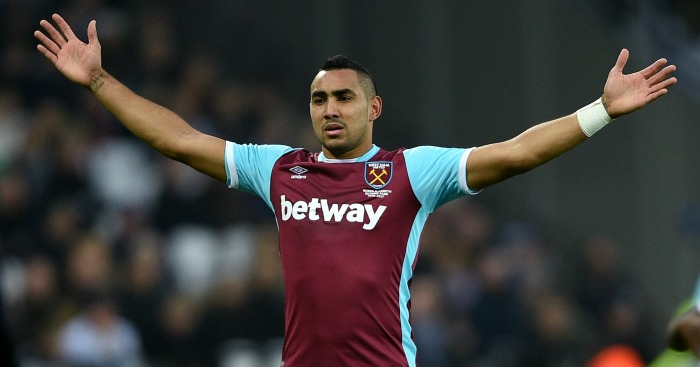 PAYET IN THE SKY
No-one knows what is happening with Dimitri Payet. That is the conclusion we can draw on Saturday morning, with the Frenchman’s future as uncertain as ever.

L’Equipe seem pretty adamant that Marseille have lodged a third bid for the West Ham playmaker, one worth £26million. ‘This sum is close to the amount expected by the London executives,” the article adds, with the Hammers holding out for closer to £30m.

The big line however is in the following: ‘None of the sought-after Marseille leaders have confirmed the cessation of negotiations for now.’ Well, that’s funny, because…

Marseille resigned to not signing Dimitri Payet from West Ham during this window. Told they are moving onto other targets #WHUFC

Do we believe the French newspaper, or the source factory?

SILVA LINING
Oh look, it’s EXCLUSIVE machine Daniel Cutts. His extensive list of contacts and sources means that he always brings The Sun the news before anyone else. We’re not exactly sure if any of his exclusives have ever been right – they’ve certainly never been in the newspaper – but oh well.

His latest offering is that David Silva and Samir Nasri could depart for the Chinese Super League soon. Hebei China Fortune, managed by former Manchester City boss Manuel Pellegrini, are keen on the pair.

Both players would be in line for a ‘HUGE pay rise’, while Silva would cost £50m, and Nasri £30m. The former, however, is not keen on leaving. The latter would likely jump at the opportunity.

TOONSEND
Andros Townsend simply cannot find a suitable home. It felt as though he had landed on his feet at Crystal Palace after joining the club last summer, but he has struggled to establish himself this season, scoring just one goal and providing two assists. His spell at Newcastle was brief, and he spent more time being loaned out at Tottenham than he did playing for the club.

The Guardian claim that Newcastle are hoping the England winger will return to St James’ Park. Townsend himself is reported to be ‘keen’ on the idea of linking up with Rafael Benitez again. He scored four goals and assisted two under the Spaniard in 13 Premier League games last season.

The only problem is that Newcastle will only consider a loan deal right now. But both parties do want the move. So do Palace in fact, as it means that Sam Allardyce can get in Stewart Downing as his replacement. Yes, seriously.

AND THE REST
Atletico Madrid president Enrique Cerezo has vowed not to sell 25-year-old forward Antoine Griezmann amid interest from Manchester United…Chinese Super League club Tianjin Quanjian want to sign Leeds striker Chris Wood, 25, having failed in their bid for Chelsea’s 28-year-old forward Diego Costa…Arsenal have been given the chance to hijack Everton’s move for Lyon’s 24-year-old Algeria international winger Rachid Ghezzal…Burnley have made a £13m bid for Norwich’s 25-year-old winger Robbie Brady…Watford have told West Brom they will need to pay more than £17m if they want to sign 27-year-old striker Odion Ighalo…Arsenal have taken up an option to extend 32-year-old midfielder Santi Cazorla’s contract for another year…Barcelona are interested in signing 21-year-old Borussia Monchengladbach midfielder Mahmoud Dahoud.