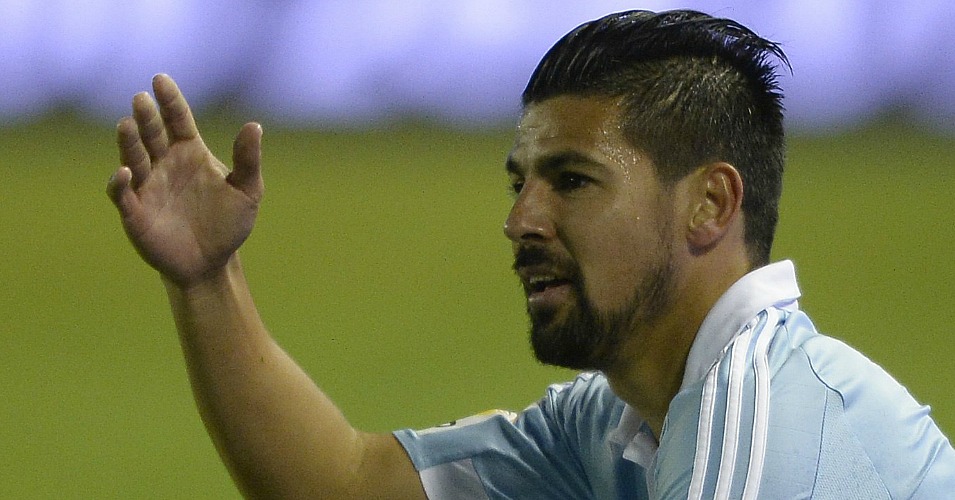 CHELSEA CONSIDER CONTE
Monday brought news regarding Jose Mourinho’s future, with little agreement as to whether the Portuguese was on the brink at Chelsea. Well, a new contender for his job has emerged on Tuesday.

That man is Antonio Conte, according to the Indepedendent. Currently coach of Italy, Conte has led the Azzurri comfortably through their European Championship qualifying group without defeat. The Italian is thought to be open to a move to the Premier League, but will not leave as national team manager at least until next summer’s tournament.

But Chelsea remain keen on the former Juventus manager, who won three successive Serie A titles before departing for the Italy job. Mourinho is unlikely to leave before the end of the season, but if he does, Conte will be near the top of the list of candidates to replace him.

ARSENAL IN FOR NOLITO
The big news emanating from Spain is that Arsenal are ready to step up their interest in Celta Vigo winger Nolito.

The Spaniard may be a sprightly 29 years of age, but with eight goals and five assists in 14 La Liga games so far this season, he is most certainly in-demand. One such club reportedly chasing him is Barcelona, but Spanish newspaper Mundo Deportivo report that they cannot afford him during their time of financial struggle. They’ll have to make do with Lionel Messi, Luis Suarez and Neymar, the poor souls.

That paves the way for Arsenal, according to the Daily Mirror. We reckon they need a central midfielder more in January, but Arsene Wenger could be tempted by the form of Nolito, who the Mirror reckon will cost £15million. Which is weird, because they reported that his release clause is £12.6million last month.

LIVERPOOL BID £18M FOR ROSSI
We finish with Liverpool, who are preparing an £18million offer for Fiorentina striker Giuseppe Rossi, according to the Italian press.

Rossi missed the whole of last season due to a knee injury suffered in August 2014, and has been plagued by similar blows during his career. The former Manchester United forward missed nearly two years of action after rupturing his cruciate knee ligament playing for Villarreal in October 2011, then injured the same knee in January 2014. Since leaving United in 2007, Rossi has been injured for a total of 1,014 days.

While Rossi is obviously talented, he has only scored two goals in 11 appearances so far this season, with his time out understandably taking its toll. Would Liverpool really be willing to spend £18million on him? Mind you, Liverpool might be the only team who would willing to do so.

AND THE REST
Tottenham scouts were present at Marseille’s game against Rennes last week as they monitor Belgium international striker Michy Batshuayi ahead of a possible bid in January…Manchester United are hopeful of closing a deal for highly-rated Ajax prospect Juan Familia-Castillo….Manchester United are set to hand boss Louis van Gaal a transfer kitty of £70m this summer, with the aim of attracting a world superstar to Old Trafford…Arsenal are preparing a move for Napoli midfielder Lorenzo Insigne, who has been involved in 12 goals in 15 appearances this season, scoring seven and providing five assists…Arsenal and Liverpool will go head-to-head for Leicester’s England youngster Ben Chilwell, who is currently on loan at Huddersfield Town…Liverpool have entered the chase for Charlton’s 18-year-old striker Ademola Lookman. Arsenal, Chelsea, Manchester City and Tottenham have all sent scouts to run the rule over the talented youngster…Manchester United remain keen on Chelsea midfielder Charly Musonda…Charlie Austin could walk out of QPR as Jimmy Floyd Hasselbaink walks in to the managerial hot-seat…Leicester, meanwhile, are braced for offers for striker Andrej Kramaric, who has struggled to escape from the twin shadows of Jamie Vardy and Riyad Mahrez…Bournemouth are interested in Leeds United midfielder Lewis Cook.