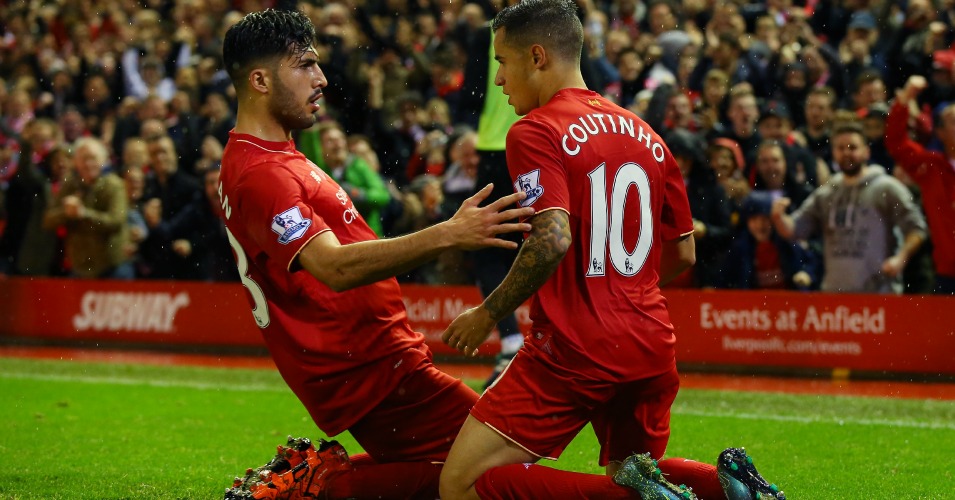 BARCELONA UPPING ANTE TO £80M ON COUTINHO
According to plenty of reports, Barcelona are not finished with Philippe Coutinho. After having a bid of £72m rejected, they are now prepared to come back with a bid of £80m. Again, that simply won’t be enough.

Reports in Spain say that Coutinho has actually agreed terms with Barcelona already, with RAC1 saying that Barcelona still have the task of agreeing a fee with Liverpool, which will be very difficult, but have an agreement from Coutinho that he wishes to join.

It isn’t difficult to see that this might all depend on the future of Neymar. Should the Brazilian leave for Paris, Barcelona are going to have plenty of money and a need to buy a superstar player in order to keep supporters happy. Can Liverpool escape Barca’s clutches?

CONFLICTING REPORTS OF MAN CITY INTEREST IN MBAPPE
Late on Tuesday evening, various Manchester-based journalists tweeted about Manchester City’s interest in Kylian Mbappe, believing that Real Madrid needed to sell to raise funds to buy him and therefore confident they could nip in.

These reports were too similar and too prevalent to be anything other than a deliberate leak from the club, a PR move intended to show City were intent on competing with Real for the world’s most expensive player. Because what City truly need is another wide forward.

Which all makes David ‘ORRNNNYYY’ Ornstein’s tweet on Wednesday morning a little odd:

Man City categorically deny making a bid for #ASMonaco forward Kylian Mbappe. #MCFC have no intention of pursuing him at prices being quoted

So City either really want Mbappe or have no intention of competing for his purchase. Glad that’s clear.

EMRE CAN TO JUVENTUS IS A THING
Liverpool might still be confident of typing Emre Can down to a new contract, but those links to Juventus just aren’t going away.

Unfortunately, this latest update comes from Italian bunch Transfermarketweb, as reliable an outfit as the one your Dad wore to his latest office social. They follow the lead of other publications by saying that Can has agreed terms on a move to Serie A, but add that Liverpool are likely to accept a bid of around £30m for Can.

With one year left on his deal, that isn’t a bad price. Still, be a bloody shame to lose him.

AND MAN UNITED CLOSE IN ON MATIC
As time ticks by, Manchester United supporters are growing more and more fond of the idea of their side signing Nemanja Matic. Marco Verratti might be a far more attractive option and Eric Dier Jose Mourinho’s first choice, but United need to get a central midfielder over the line before the new season. Is Matic the easiest option?

Not only are United said to be closing in on the Chelsea midfielder, but they have also been given a boost by Juventus’ decision to focus on Blaise Matuidi rather than Matic. This is just after we’d been told that they wanted Emre Can. We’re confused.

AND THE REST
West Brom are preparing a third bid for Middlesbrough defender Ben Gibson… Newcastle have told new signing Jacob Murphy they will keep monitoring his twin brother Josh… Chelsea manager Antonio Conte is considering a raid for Everton midfielder Tom Davies… Sunderland have opened talks with Aston Villa for striker Ross McCormack… Premier League newcomers Huddersfield Town have made an enquiry for Nuremberg’s 20-year-old Moroccan midfielder Abdelhamid Sabiri… Arsenal midfielder Jack Wilshere wants to stay near London and his preference is a move to West Ham. Told you.