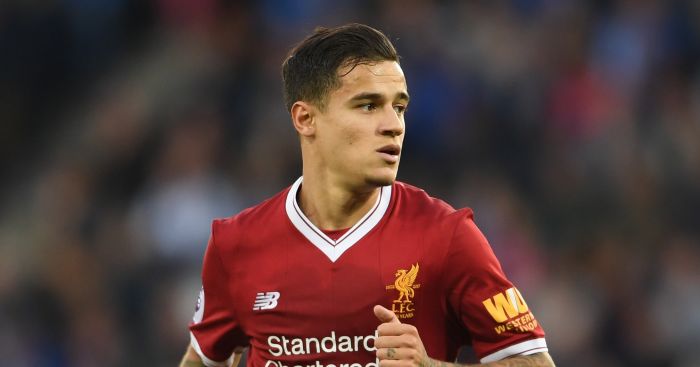 COUTINHO JOINING BARCA ON JANUARY 1
You really do have to love the Catalan press when it comes to backing Barcelona to make signings. Not only did they constantly talk up Philippe Coutinho’s chances of moving to the Camp Nou all summer, despite Liverpool having none of it, they then said Coutinho would refuse to play for Liverpool and that he was no longer talking to Jurgen Klopp.

All that was obviously proven to be guff, but Mundo Deportivo have a new line on Coutinho. They say that the reason the Brazilian is playing all nicey nicey is because he has an agreement to join Barcelona on January 1, just so long as they make a decent offer.

What’s going to happen here is that January 1 is going to come and go without Coutinho joining Barcelona. And then there will be more lines about when he will actually join. Enjoy.

PSG TO PAY £90M FOR KANTE
The biggest new line of the day in the English newspapers belongs to Darren Lewis in the Daily Mirror. He writes that Paris Saint-Germain will make a bid of £90m for N’Golo Kante next summer.

PSG spent £300m last summer, but any thought that they might slow down in 2018 has been dismissed by Lewis. He believes that they will pay a record fee for a Premier League player.

It should be said that PSG do have decent options in central midfield, including Marco Verratti, Thiago Motta and Adrien Rabiot. But with Motta now 35 and likely to be replaced next summer, perhaps a bid for Kante would make sense.

OH GOOD. BALE TO MANCHESTER UNITED
It’s the rumour you definitely wanted to see again, like meeting an old partner in Sainsburys and awkwardly chatting about what you’ve done with the last three years of your life.

‘Manchester United transfer news: Real Madrid will allow Gareth Bale to move to Old Trafford for £89m,’ reads the headline in The Sun, which sounds very certain. ‘Will move’.

Actually, The Sun have used El Confidencial as a source, for this is not their own work. And what El Confidencial say is that Real Madrid may consider huge offers for Bale because of his injury record. That’s a lot different to ‘will join Manchester United’. Oh and we covered it yesterday.

AND THE REST
Danny Rose will snub Chelsea and instead join Manchester United… Leicester are still eyeing a possible Andros Townsend transfer… Diafra Sakho is in line for a new deal at West Ham… David Silva is on the verge of extending his Manchester City contract… Jack Wilshere is considering leaving Arsenal in January.