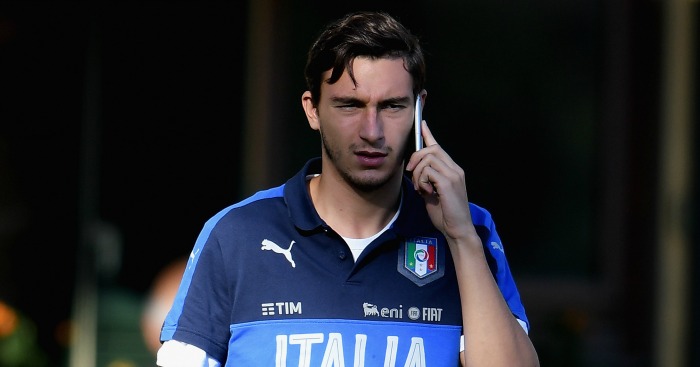 DARMIAN HEADING TO INTER
He was no. 4 on our list of top ten players counting down the days to January and it looks like Matteo Darmian will have no trouble finding a new home in Italy. According to Tuttosport, Inter Milan sent scouts to watch him in Manchester United’s Europa League tie against FC Zorya Luhansk last week; the problem was that Darmian did not even make it onto the bench.

The ever-optimistic Italian media claim that this is a good sign. Surely if Darmian is not even trusted against FC Zorya (with Timothy Fosu-Mensah preferred), they would not object to him joining Inter on loan in January with a view to a permanent switch.

ZAZA BUGGERING OFF ALREADY
It’s not gone well for Simone Zaza at West Ham. So badly in fact that Slaven Bilic preferred to play Michail Antonio up front against Middlesbrough on Saturday. The Italian striker ‘has not linked’ well with the Hammers fans according to Italian reports (thanks to Sport Witness for the translation) and so could bugger off back to Italy. They might want to stop him getting to 15 appearances, which is when the struggling Londoners are committed to a permanent deal.

AC Milan are said to be interested, but they also have their beady eyes on another player struggling in England – Chelsea’s Michy Batshuayi.

IWOBI GETTING NEW CONTRACT
It’s only been six months since Alex Iwobi signed a new £25,000-a-week contract at Arsenal but his new status as a first-team regular (ahead of Alex Oxlade-Chamberlain and, by proxy, Olivier Giroud) means that the club ‘want to tie him down for the long term and take him up to a good first-team salary’. They also want Hector Bellerin, Mesut Ozil and Alexis Sanchez to sign new deals. Because they’re dead good and that.