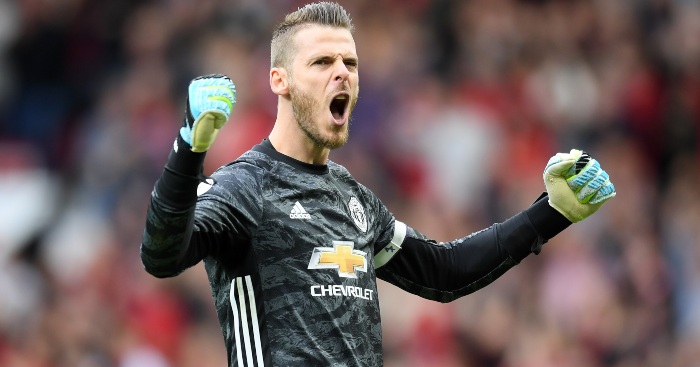 DE GEA DEAL DONE
There were reports earlier this week that Manchester United were inching towards an agreement with David De Gea over a new contract. Apparently, the deal is now done and the suggestion is that it already has the Spaniard’s scribble.

Of course, we’ve heard similar claims before, especially during pre-season, but Duncan Castles writing in the Daily Record seems to believe that this time it’s different. He claims a four-year contract with the option for a fifth season that makes De Gea the highest earner at Old Trafford has been shaken upon and perhaps already signed.

It would see De Gea get the Paul Pogba-type salary status that he was looking for, with the 28-year-old earning just over £250,000 a week after the tax man has taken his cut.

Tomorrow or Monday might be a good time to announce the news after Leicester’s win at Old Trafford later today.

BARCA FOLLOW REAL, JUVE’S LEAD ON NEYMAR
It seems like Neymar could be yesterday’s news. The Brazilian wanted to leave PSG in the summer but while Real Madrid, Barcelona and Juventus were all keen on the 27-year-old, none of those clubs could generate the cash to get the megastar out of the Parc des Princes.

Now it seems they have all moved on – but not very far. Real and Juve have both been reported to have switched their focus to one of Neymar’s team-mates and, according to Mundo Deportivo, Barca are doing similar.

With a chunk of the boardroom never sold on the idea of bringing Neymar back to the Nou Camp, apparently Barca are also now thinking about concentrating their efforts and resources on Kylian Mbappe. Their reasons are three-fold: Mbappe is younger; he fits better the profile of the type of striker Barca are looking for; and, crucially, he’s not a massive egg like Neymar.

Many executives at Barca have not forgotten the manner in which the Brazil star forced his move to PSG in 2017 and some had threatened to resign should he be allowed to return. Nor have they been impressed with some of the Barca squad’s outspoken views on the matter, which have been led by Neymar’s mate Lionel Messi. Some of the board see Neymar as more bother than he’s worth, and they’re probably right.

So they would rather take Mbappe instead. In which case, they had better start saving their pennies.