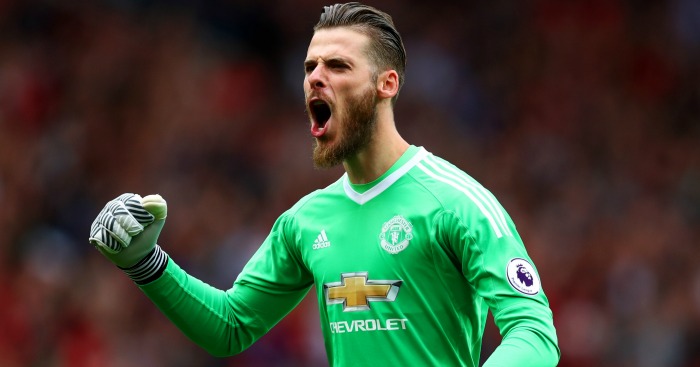 CANDREVA YES, BELOTTI NO FOR CHELSEA
Antonio Conte’s struggles to improve his Chelsea squad continue with the claim in the Daily Mail that he has been knocked back for Torino striker Andrea Belotti despite making a £63m bid. Those mad fees aren’t going to slow down anytime soon.

However, better news comes from the Daily Mirror, who report that Conte has given the green light to make a move for Inter’s Antonio Candreva. Candreva would play as a right wing-back and surely remove the need to pay £35m for Alex Oxlade-Chamberlain.

The name Danny Drinkwater also won’t go away, with the Mirror reporting that the central midfielder is desperate to move to Stamford Bridge. Of course he bloody is.

DE GEA WILL BE ALLOWED TO LEAVE MAN UNITED NEXT SUMMER
A big line in The Sun on Saturday morning, but with a pretty whopping if clause that follows. They claim that Manchester United could sell David de Gea to Real Madrid next summer. So there.

Several things to point out:

1) United will only sell if they can sign Gianluigi Donnarumma.

2) Donnarumma will only leave Milan if they do not qualify for the Champions League.

3) The story is written by Alvise Cagnazzo. His record on transfer accuracy is not good.

Who thinks The Sun are hoping to get traffic out of this and then forget it was ever mentioned when next summer actually arrives?

“There’s no doubt that he’s not going to leave,” Christiansen said. “They (other clubs) can come in with many bids – of course he’s a good striker – but I want him to stay and if we want to achieve something this season, you cannot sell your best players.

“I haven’t talked to the club about it but I imagine that they are as ambitious as I am. If we want to go up we need to keep the players. We also need to sign good players. Last year he was very important, the top scorer, and this season he will be important. He needs to do it on the pitch with good performances and scoring goals. That’s what we expect but he will, for sure, deliver.”

Five days later, the Daily Mirror report that Leeds have accepted a bid for £15m for Wood from Burnley. You really should have talked to the club, Thomas.

AND THE REST
Diego Costa has accused Chelsea of pricing him out of a return to Atletico Madrid… Tottenham boss Mauricio Pochettino wants to sign at least three more players… Swansea are hopeful of a £15m move for West Brom’s Nacer Chadli… Nottingham Forest boss Mark Warburton is targeting midfielder Liam Bridcutt… Inter Milan are confident of sealing a loan deal for Eliaquim Mangala… Harry Forrester has joined the Rangers exodus to sign for AFC Wimbledon.