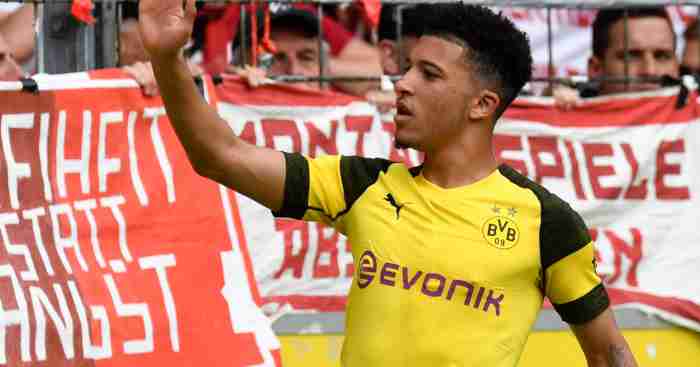 DORTMUND OPEN TO SWIFT SANCHO SALE
If Jadon Sancho was looking to force an early exit from Borussia Dortmund, he certainly seems to be going the right way about it.

The Independent reckons Dortmund are now open to selling the England winger as early as January following a major deterioration in the relationship between the player and the German club. “War in all directions,” is how it has been described, with Sancho infuriating Dortmund further by being late for team briefings and training ahead of the Champions League defeat to Barcelona this week.

What does this mean? Inevitably, Manchester United are connected, since it was reported that they fancied themselves to be well placed to sign Sancho next summer. Liverpool are also sniffing while Manchester City have also been asked to be kept informed of Sancho’s status. Real Madrid too are interested, but Dortmund still want £100million for the 19-year-old, even he continues to take the p*ss.

MAN UTD NO LONGER FANCY MANDZUKIC
Dortmund could use some of their Sancho windfall to take some of Juve’s deadwood.

Bild reckons Emre Can and Mario Mandzukic are both targets for the Bundesliga side, though the out-of-favour duo have also been linked with Manchester United.

Indeed, it was reported that Mandzukic was hoping to join United in December to get up to speed before January, but The Athletic says the Red Devils are no longer an option for the Croatia striker since Ole Gunnar’s Solskjaer’s sights have turned elsewhere.

ARSENAL EYE REAL STAR
What of Arsenal? Well, they’re sh*t. What do they intend to do about it?

Presumably the future of the manager will have to be addressed but El Desmarque claims James Rodriguez features in their plans to arrest their alarming slump.

James is out of favour at Real Madrid, who remain open to selling the Colombia playmaker. Arsenal are supposedly willing to pay £35million, but the player is said to prefer PSG or Inter Milan.